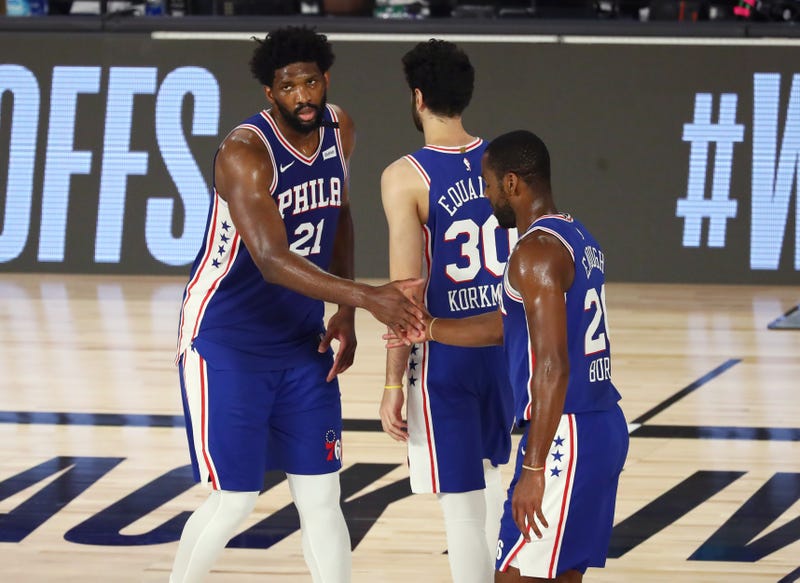 For Tobin it was more about all the Sixers fans ripping Jimmy Butler for not wanting to win and going to a loser.

For Leroy it was about proving to the world that tanking doesn't work. "You bring losing into an organization it's hard to get rid of it, it's like a virus."

Tobin proceeds to bring up old Sixers Nation tweets starting from 2018 when the Sixers were in a series with the Miami Heat and during Game 3 they tweeted about Miami Heat fans leaving early down 11. Tobin then brings up a tweet from this past Friday after losing Game 3 to the Celtics to be down 3-0 where that same account petitioned not to play Game 4.

Tobin then brings up a tweet with a picture of Josh Richardson, who the Miami Heat traded to get Jimmy Butler, in Sixers Media Day reading "Jimmy Who?"

I hope the beaches and warm weather are worth winning 20-30 games a year, @JimmyButler

Would say see you in the playoffs but probably won’t be doing that either. Enjoy the rest of your career-long vacation 🤷‍♂️

After reading all those old tweets mocking Jimmy Butler and the Miami Heat, Tobin brings it back to current times with the tweet from the same account @PHLSixersNation saying uncle.

- We never said Jimmy wasn't good, we all wanted him back, but we were not the GM

- We were clearly WRONG about the Heat's future levels of success, but as lovers of basketball we appreciate watching great teams

- We will be back next year, with Ben.