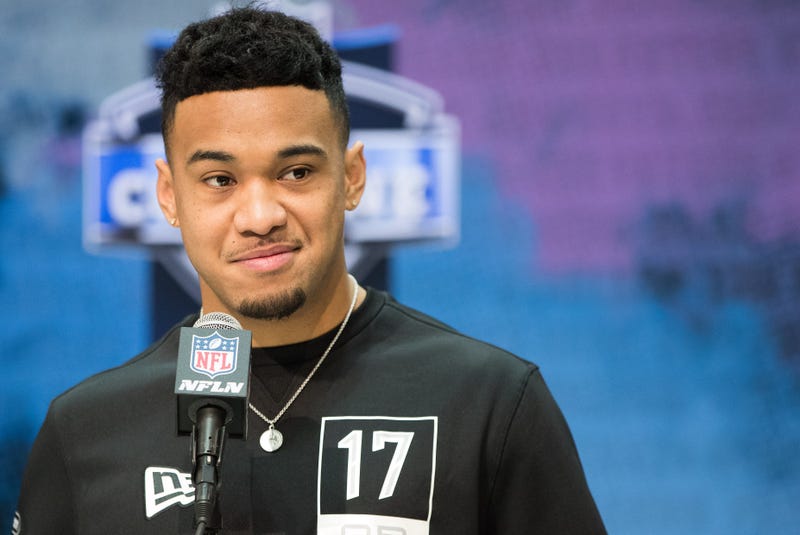 After news of Seahawks rookie wide receiver Kemah Siverand getting cut for sneaking in a lady in the team hotel room, Tobin, Leroy, and Robbie went through all the Dolphins draft picks to determine their fate if they got caught with a lady.

Tobin referred to it as the "ass pass."

On first-round pick quarterback Tua Tagovailoa, Leroy says the Dolphins would be over the top nice with Tua.

The conversation then turned to Josh Rosen, to which Robbie pointed out that the Dolphins wouldn't cut him because they "want to preserve his trade value."

First-round pick OT Austin Jackson
All three guys were in agreement that he would get the "ass pass."

After that things started to change.

First-round pick CB Noah Igbonoghene
Leroy disagreed with the other guys because he feels like the Dolphins had a luxury of defensive backs that they could make an example out of him. He says won't get cut, but suspended.

Second-round pick OG Robert Hunt
Robbie didn't think he would get a pass, but Leroy and Tobin both agree because he is on the offensive line and they need the line to be "in tact."

Second-round pick DT Raekwon Davis
All in agreement that he would receive discipline and Robbie pointed out he "had strikes coming in from his time at Alabama."

Fifth-round pick DE Curtis Weaver
Leroy says at least one of the two defensive ends have to get penalized.

Seventh-round pick WR/RB Malcolm Perry
Robbie says emphatically yes because he was in the Navy.
Leroy says he would never be in such a predicament because he was at Navy.