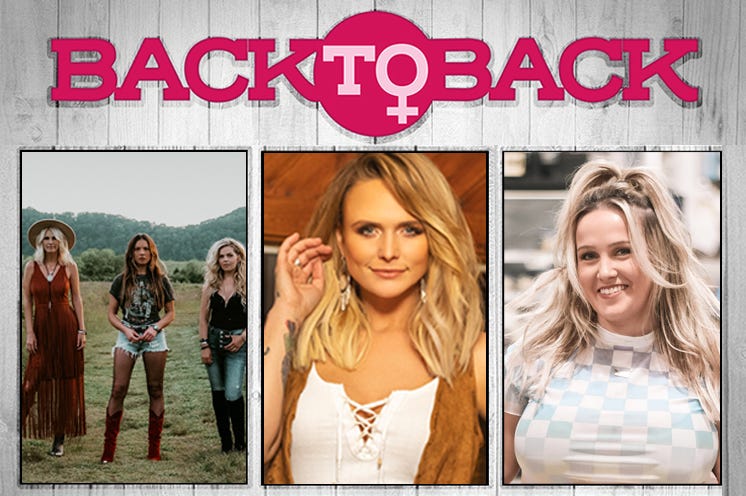 Runaway June - We Were Rich

ACM nominated trio Naomi, Natalie, and Jennifer of Runaway June are back with a new nostalgia packed track off their debut album Blue Roses, called "We Were Rich."

After celebrating her number one song "Bluebird," ACM and CMA award-winning Miranda Lambert is back with her next single off her 2019 album Wildcard. "Settling Down" is the perfect description of being stuck in between settlin’ up and settlin’ down.

Priscilla Block - Just About Over You

Tiktok influencer and rising country artist Priscilla Block penned the new tune "Just About Over You" after running into an ex-boyfriend at a bar. Earlier this summer, Priscilla's Tiktok followers raised enough money for her to be able to record the song and release it. She has since signed a record deal and we can't wait to see what's next for Priscilla!