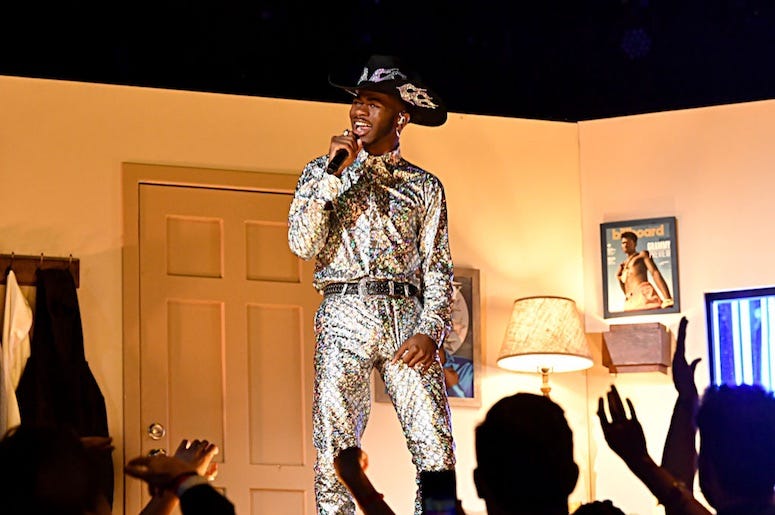 In the two years since its release, music fans continue to take their horse to the “Old Town Road” as the Lil Nas X mega-hit has just become the most certified song in RIAA history at 14x Platinum.

OLD TOWN ROAD IS OFFICIALLY 14 TIMES PLATINUM! MOST PLATINUMS FOR ANY SONG EVER! LETS GOOO! pic.twitter.com/JsqUdIapfQ

Let’s unpack exactly what that means. The Recording Industry Association of America (RIAA) is the organization that tracks total sales of albums, singles, and everything in between. You might recognize the name from the 100 best-selling albums of all time chart we put together a while back.

The platinum certification means that an album or song has over one million equivalent units in sales. “Originally conceived to honor artists and track sound recording sales, Gold & Platinum Awards have come to stand as a benchmark of success for any artist,” the RIAA’s website states.

Cheers Lil Nas X, you’ve earned this. As he celebrates this achievement, he’s also looking forward to what 2021 has to offer. “2021 is more incredible singles,” he recently told RADIO.COM’s Yesi Ortiz in an interview.

“It’s all going to be one great huge roll out to this incredible album I’ve been working hard on.”