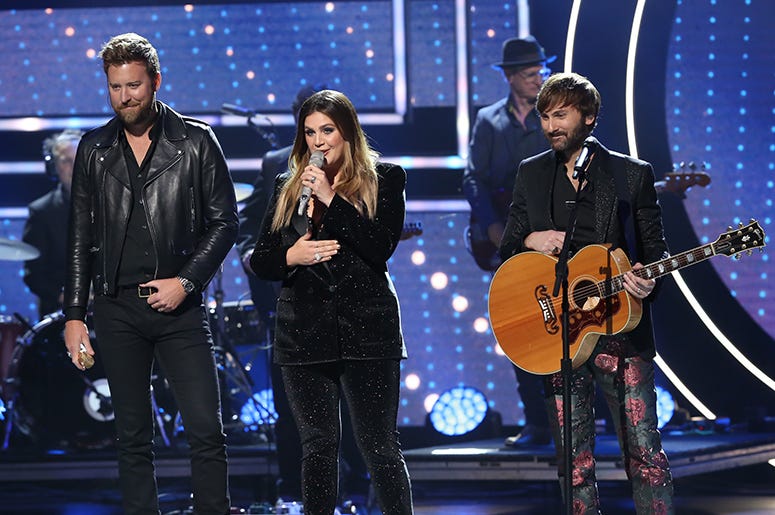 Charles Kelley, Hillary Scott, and Dave Haywood of Lady A just fulfilled a lifelong dream shared not only between band members but all of their Country contemporaries alike.

The Grand Ole Opry, "the show that made country music famous," surprised the musicians with an invitation to join its ranks during a taping of their performance for the upcoming NBC special Grand Ole Opry: 95 Years of Country Music.

BREAKING: @LadyA was surprised with an invitation from @dariusrucker to join the Grand Ole Opry during the group’s performance taping for the upcoming NBC special, “Grand Ole Opry: 95 Years of Country Music” airing Feb. 14. pic.twitter.com/GVjSiFlaAL

The Opry announced the news Thursday, January 21 with the help of member Darius Rucker, and confirmed on social media that Lady A's membership is "effective immediately." You can watch the surprise announcement above.

"This is the best surprise we could ever ask for," Hillary said on the groups' social channels. "I've been coming here since I was a little girl so to say we are honored is an understatement. We are so truly grateful to officially be a part of this amazing family."

The Nashville institution has been celebrating the genre since 1925, showcasing new stars, Country icons, and unforgettable performances for fans over the years.

Lady A, known as Lady Antebellum before revamping their name in 2020 following personal reflection amidst social justice protests in the U.S. and abroad, first made their Grand Ole Opry debut in 2007.

NBC's Grand Ole Opry: 95 Years of Country Music, a celebration of the 95th anniversary of the show's first radio broadcast on November 28, 1925, will air on February 14 at 9PM ET. Opry members Brad Paisley and soon-to-be-married Blake Shelton are set to host.