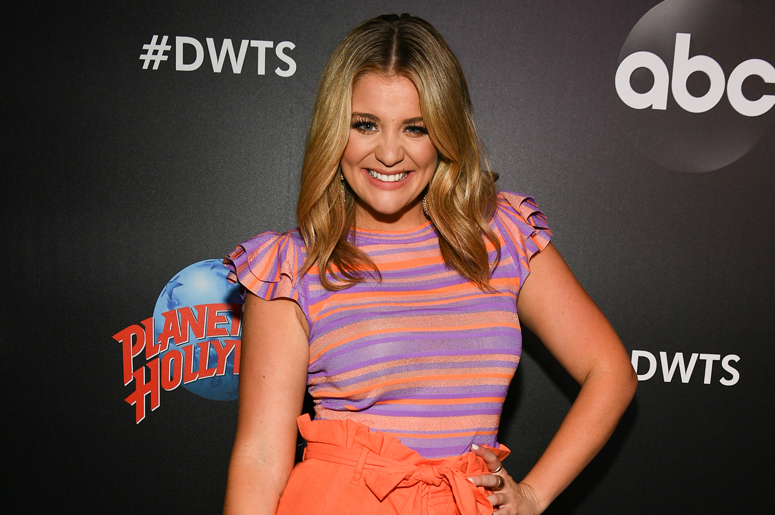 Lauren Alaina has added a new member to her family in the form of an adorable Goldendoodle puppy she named Opry. The cuddly pup was introduced to the world with an Instagram post on Christmas day. In the first pic Alaina and Opry are seen in the famous circle on the stage of the Grand Ole Opry House, the inspiration behind the pups name.

The next three photos are solo shots of the pup, wearing a tiny cowboy hat and a bandana exploring the venue both on and backstage, proving that even at her young age, she’s way more Country than you.

"Everyone paws what you’re doing and meet my sweet baby girl, Opry," Lauren wrote. "I’m pretty sure this is the cutest @Opry debut to date." Additionally noting that Opry has her own Instagram account @grandlilopry, and suggested that “everyone go follow her!"

Advocates of puppies on Instagram, we obliged. Even with only 4 posts, the cuteness level is astronomical. "My mom loves me so much she can hardly sand it," reads the caption of the pup's latest post, a photo of Alaina and Opry cuddled up on the beach. Revealing that besides being absolutely adorable, the pup is also punny.

While Opry’s Grand Ole debut was just a couple of weeks ago. Alaina’s first performance at the Grand Ole Opry was soon after competing on American Idol, in June 2011. She has graced the famed stage numerous times in the years since, the last time being December 19, which as she explained in the post as “the day that I got her.” Ugh! seriously, the cuteness! It’s almost too much to handle. We said almost, here are some more pics of Opry.