From the snowy hills of Colorado, Country singer Mitchell Tenpenny joined RADIO.COM's Coop this week to discuss his new single "Bucket List," and how he's been handling the extended time off the road over the last few months.

"We've never had this much downtime," Mitchell tells Coop. "We're trying to soak it all in."

Tenpenny just finished filming the video for his latest single out in Arizona, an experience he calls "amazing," due to the fact that although he has toured quite a few cities during his time, he and his crew rarely get a chance to stop and see the sights.

Although the song was written almost two years ago, the sentiment reflected in the lyrics for "Bucket List" still ring true in these trying times.

Mitchell explains, "for my last record, I wrote a song about my dad called 'Walk Like Him' and for this next record I wanted a song that was about loss, but more than being specific to my case, something that's like 'hey, soak in every moment, take it in.' After this year, listening back to songs, it just seemed like the perfect song to release given what everybody just went through."

"It's been everybody's year," Mitchell declares. "It's been crazy, so I'm glad we're past 2020 and we can look forward to this, and to have a song out there that gives some light to it."

Tenpenny's previous single "Broken Up" has become a favorite around Coop's house, complete with an almost knee jerk call-and-response to the lyrics from his kids.

"When we were writing 'Broken Up,'" Mitchell says, "we wrote it in like 45 minutes. We were waiting for my buddy's bachelor party, actually. Me and Devin Dawson, and Kyle Fishman, and Ernest (Smith) met up at a studio across the street from where we were going, and I just got on the piano and started playing some stuff."

After eating some steak and partying with the boys, he revisited the session and dropped the demo on Instagram. Following a positive response, he says, "we just went for it."

"It felt like one of those fun songs, but also, admitting that you're wrong. Having a song that says 'it's my fault' -- I think we need to do that more in this world. Especially guys you know, we're kind of stubborn. That's what the song is about. You're not really broken up about the break up, you're broken that it's your fault that the break up happened."

As for future releases, Mitchell says he'll be following the new model of dropping songs rather than a full album all at once, "but it's working towards a record, no doubt." That said, it would be wise to stay connected with Mitchell's social channels throughout the new year.

The brand new video for Tenpenny's "Bucket List" is set to premieres, January 12 at 7:15PM ET. Be sure to check it out and watch the full interview with Mitchell and Coop above. 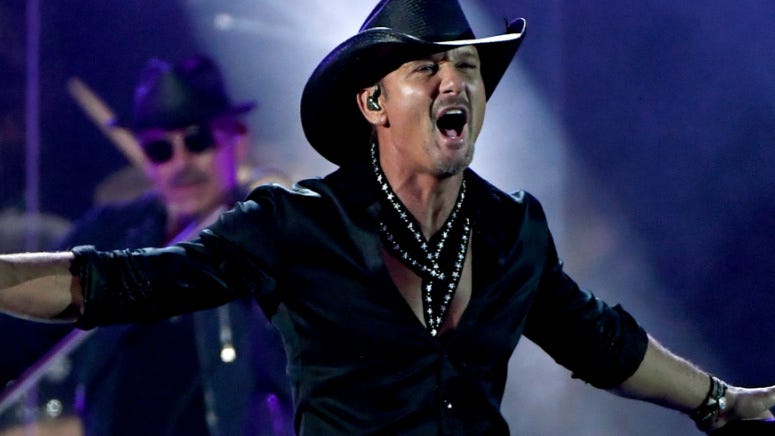