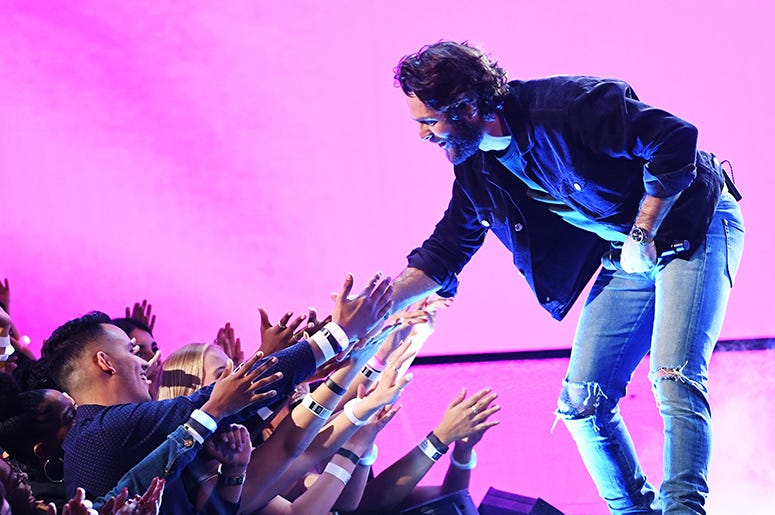 Drink a little beer... err... TEQUILA, play a little music, and have a big time tonight!

Just last week, Rhett was teasing fans that there was something new on the horizon from the Country star in a video chat that was captured in a screen-recording. Ever since, people were guessing what the news could be. Now, we have an answer!

Extremely excited to share our new tequila Dos Primos, Spanish for “Two Cousins,” with y’all! This tequila is something @teamskillet and I have been working on for almost 3 years. Beyond proud of how it turned out. We can’t wait for y’all to try it🥃🌵https://t.co/v4IZCL1IGf pic.twitter.com/JUWzBTInUl

The new spirit brand, which Rhett says has been years in the making along with his partner/cousin Jeff Worn, is called Dos Primos -- Spanish for "Two Cousins." It's currently available right now for purchase in a number of states.

Already a hit around the Akins house, Thomas says, "My wife and I love to enjoy tequila together, and I'm excited for people to share a bottle with friends, sip it around a bonfire or enjoy it on a fishing trip or at tailgate or concert... Dos Primos is about unwinding and enjoying the people and things that really matter in life."

Responding to comments about his new venture, Rhett even brought his mother into the conversation, saying Dos Primos is the "smoothest tequila I've ever had. My mom even likes it and is not a tequila fan haha."

To find out more about Dos Primos and to locate a distributor near you, head to dosprimostequila.com.