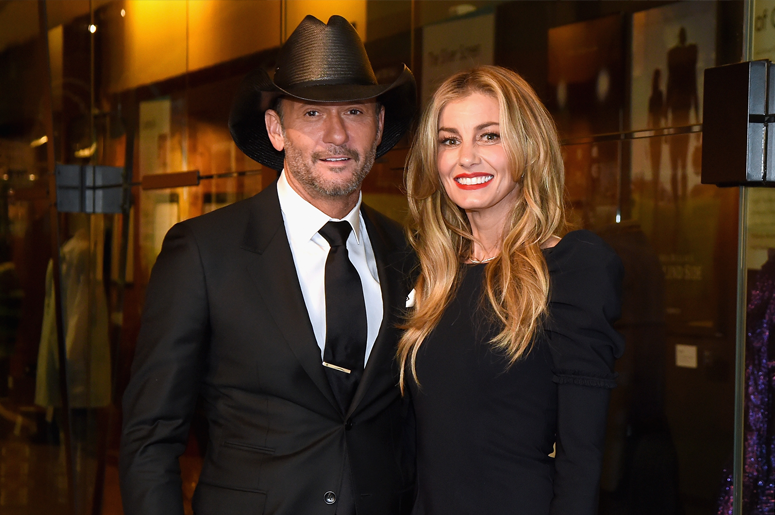 They’re at it again, Tim McGraw and Faith Hill’s fam dressed up for yet another family dinner, this time as Harry Potter and gang.

Along with two friends, the family of five are seen dressed as Harry, Ron Weasley, Hagrid and more in a picture shared on socials. Alongside the shared image, McGraw’s caption challenged his followers to guess “Who is who?”

Well don’t mind if we do, let us break it down - roll call. The couple's daughters Gracie, Aubrey and Maggie dressed up as Ron, Harry and Luna Lovegood, respectively. While Gracie's friend Mattie went as Dobby the house elf, and another family friend as Hagrid. McGraw himself, slayed as Lucius Malfoy, while Faith looked divine as Professor of Divination Sybill Trelawney.

We’re living for their character choices, however if you ask us, Hermione, Professor Snape and Hogwarts Headmaster Albus Dumbledore were all noticeably MIA.

Like we previously said, “Harry Potter night” makes for the second family theme night that they’ve chosen to share with you muggles (I’m a witch). The first being their Game of Thrones themed dinner party, which they posted about on Monday, December 21.

While we desperately long for an invite, we totally get it, the holiday season is a time for family, so we’ll let it slide. Nevertheless, we’re officially invested and can’t wait to see what theme they choose next.