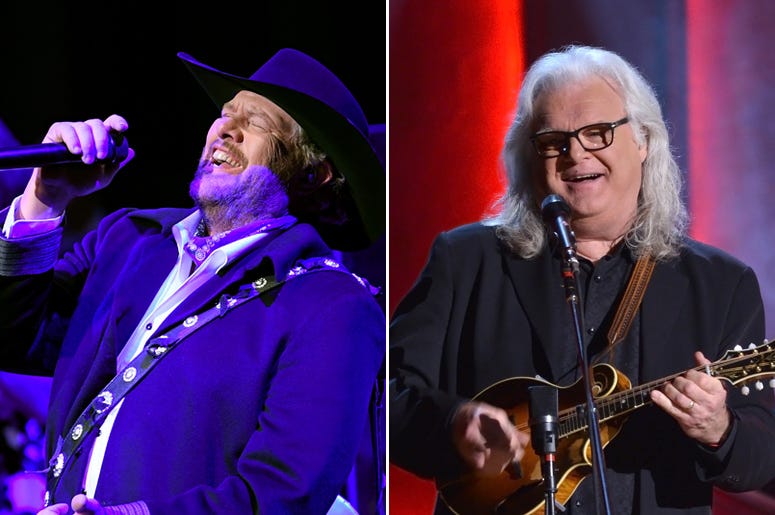 Outgoing President Donald Trump honored Country star Toby Keith and Bluegrass singer Ricky Skaggs with the nation's highest award for the arts this week, amid the House's impeachment vote over his role in last week's violent riot at the U.S. Capitol building.

Trump presented the National Medal of the Arts to singers Keith and Skaggs during a closed press ceremony.

NEW: As the impeachment vote is underway, Trump is giving medals to @tobykeith and @RickySkaggs — national medal of the arts, sources tell @JenniferJJacobs https://t.co/3layFbewGf pic.twitter.com/n6LHBZvUB2

The prize is historically given to artists who "are deserving of special recognition by reason of their outstanding contributions to the excellence, growth, support and availability of the arts in the United States," according to arts.gov.

Keith performed at the president's 2017 inauguration; Skaggs also reportedly had praise for Trump in the past, saying in 2016, "I believe Donald Trump is the right person in the right place, and that it's prophetic."

Neither artist has addressed the honor on their social media channels yet.

While Toby is certainly glad that the "dumpster fire" of 2020 is behind us and he's looking forward to a better 2021, he's been teasing fans about new music on the horizon and toasting friends with his signature red Solo cup.

Aside from addressing his upcoming appearance on the IBMA Bluegrass Music Awards and recent quadruple heart bypass surgery, Ricky shared a great "tune for your Tuesday" on Facebook this week, which it turns out is perfectly fine on a Thursday as well!

ICYMI: Here’s a great Ricky Skaggs tune for your Tuesday!

Congratulations to Toby and Ricky on the accolades!