1. Ronald Jones (RB, Tampa Bay Buccaneers) – Jones should be long gone by now, as he’s been a high-upside stash on a high-octane offense who I've written about before, but somehow he's only owned in 40 percent of Yahoo leagues. Jones dominated the workload Sunday, touching the ball 20 times for 82 yards and a score. Meanwhile, Peyton Barber was limited to four touches. Grab Jones and don’t look back.

2. Zach Pascal (WR, Indianapolis Colts) –  Pascal is available in 80 percent of Yahoo leagues. I’m guessing folks didn’t take his breakout game on Oct. 20 too seriously, but they will after his five-catch, 76-yard, one-touchdown performance Sunday and given the fact that T.Y. Hilton is out for another two to three weeks. Pascal did plenty of damage with reserve quarterback Brian Hoyer in the game too, so don’t let that stop you from making him a priority addition.

3. Josh Reynolds (WR, Los Angeles Rams) – Brandin Cooks suffered another concussion in Week 8 and while early reports have been positive, coach Sean McVay has said Cooks’ health is the first priority. With the uncertainty around whether Cooks will suit up this coming Sunday, grabbing Reynolds would be smart. He came in after Cooks exited on Oct. 27 and had 73 receiving yards and a touchdown. We’ve seen Reynolds in this role before, as he filled in when Cooper Kupp went down with an injury in 2018.

4. Preston Williams/DeVante Parker (WR, Miami Dolphins) – The Dolphins earned their first win of the season against the lowly Jets on Sunday, and Williams flashed once again. He snagged five balls for 72 yards and two touchdowns, though he did leave the game with a knee injury. He’s having an MRI on Monday, so stay tuned on the severity. If he's out for any length of time, Parker is worth adding in his place. Parker has topped the 50-yard mark in his last three games and has scored a touchdown in four of the last five contests. The offense looks better under Ryan Fitzpatrick’s command, so Parker and/or Williams are worth a roster spot as a WR3/4. 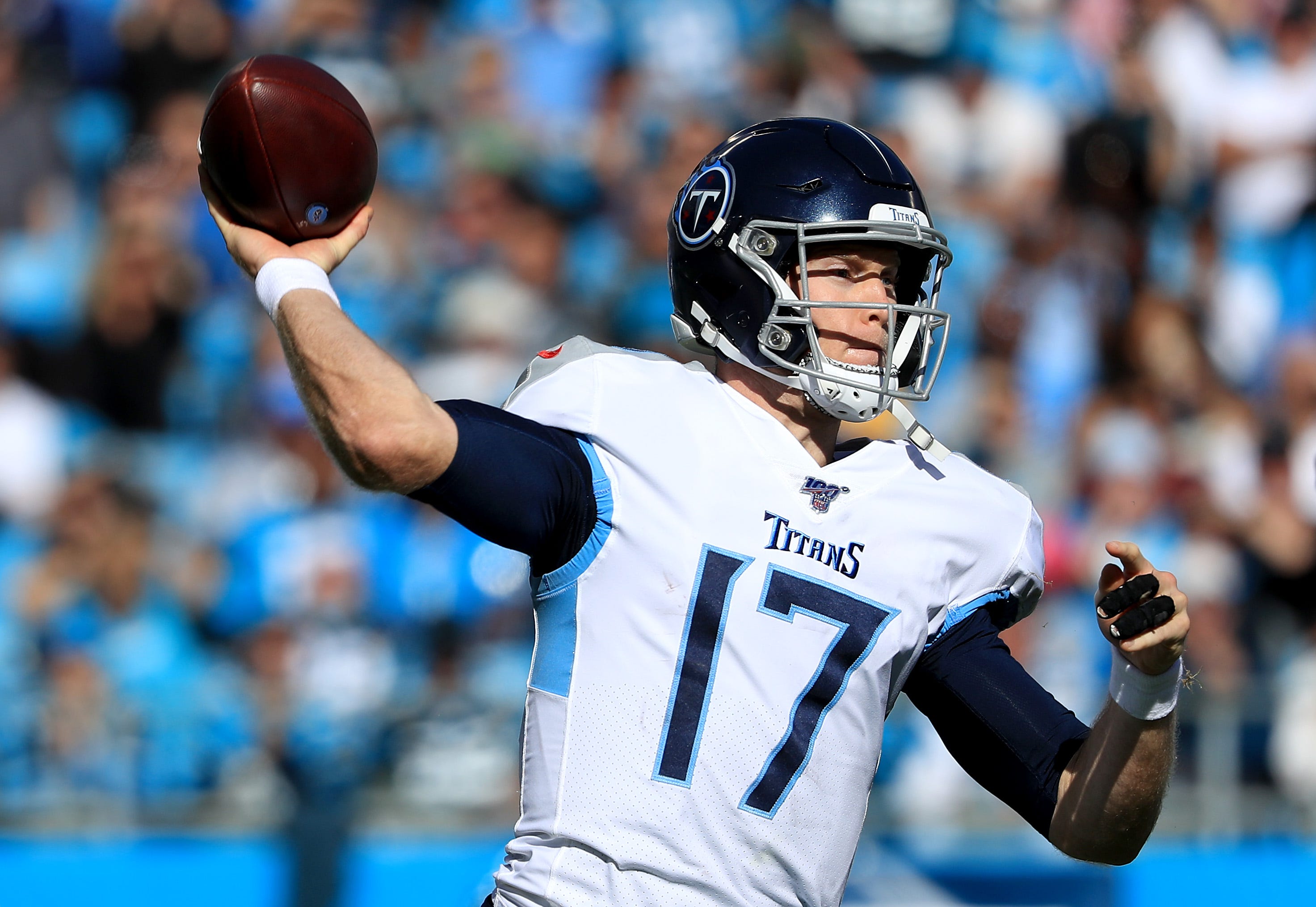 5. Derrius Guice (RB, Washington Redskins) – After the Redskins having a bye week, Guice is due back in Week 11 and should assume lead duties. While the Redskins aren’t a good team, Adrian Peterson has been fantasy relevant lately, and Guice is a superior player at this point in their careers. Beyond that, if the Redskins continue to start rookie quarterback Dwayne Haskins, they'll rely on the running game to protect him. That would mean more work for Guice, who's one of the few running backs whom you can add now and land guaranteed touches as we near the fantasy playoffs.

6. Hunter Renfrow (WR, Oakland Raiders) –  Renfrow received a lot of hype in the offseason and he’s finally starting to breakthrough as a weapon for quarterback Derek Carr. Over the last two weeks, Renfrow has caught a combined 10 passes for 142 yards and two touchdowns, including the game-winner in a victory against the Lions on Sunday. The Raiders are playing good football, and Renfrow is a part of that. Take this stat with a grain of salt that Tyrell Williams has missed two games due to injury, but Renfrow leads Raiders wide receivers with 37 targets.

7. Ryquell Armstead (RB, Jacksonville Jaguars) –  Much like Tony Pollard, Reggie Bonnafon, Latavius Murray and any other good running back behind a stalwart fantasy RB1, Armstead is in a position to make a major splash if anything happens to Leonard Fournette. Armstead caught all five of his targets against for 65 yards against the Texans on Sunday, so we know he can play in the passing game. That’s key because there aren’t many running backs behind a bellcow back who will step in and assume full three-down duties. Armstead is one of them, and Fournette has one of the heaviest workloads in all of football.

8. N’Keal Harry (WR, New England Patriots) – Harry was activated last week but didn't appear in the Patriots' loss to the Ravens on Sunday night. After making the Patriots' bye this week, Harry should make an impact in a good matchup against the Eagles in Week 11. We’ve seen other rookie receivers making an impact this season, and the Patriots are in need of a splash receiver with good ball skills and a red-zone presence. We’ll see if Harry can make good on those needs, but he’s certainly worth adding now given the upside he might provide.

9. Brian Hill (RB, Atlanta Falcons) – It’s about upside at this point in the season, and it was interesting to find after the trade deadline passed that the Falcons almost shipped Devonta Freeman to the Lions. Beyond that, Ito Smith has also been dealing with a concussion. That makes Hill as an upside stash. Neither Freeman nor Smith have looked great, and Hill has made the most of his touches in the Falcons' last game on Oct. 27, including a 23-yard touchdown run in which he made several defenders miss. We’ve seen crazier developments than a third-string running back taking over and carrying a team through the fantasy playoffs.

10. Olabisi Johnson (WR, Minnesota Vikings) – Adam Thielen aggravated his hamstring injury Sunday and didn't return to the game. Johnson is going to be hit-or-miss in his place as the passing game will funnel through Stefon Diggs, but he has managed to score in two of the last three games. I’m not running to add Johnson, but if we get some news Thielen is out for an extended period of time, he may be worth looking at with three bye weeks left across the NFL.