1. Jonathan Williams (RB, Indianapolis Colts) – With Marlon Mack fracturing his hand Sunday and Jordan Wilkins nursing an ankle injury, Williams is set to lead the Colts’ backfield this Thursday. He filled in admirably Sunday, piling up 116 rushing yards on 13 carries and adding a reception for another 31 yards. The Colts now play the Texans, who were just roasted by the Ravens' running game. Fire up Williams as an RB2.

2. Derrius Guice (RB, Washington Redskins) – Guice shared touches with Adrian Peterson (11) on Sunday, but we saw the power and explosion that made him a second-round pick in 2018. Guice had eight touches for 69 yards, including a 45-yard touchdown reception in which he showed serious juice scampering down the sideline. The Redskins were letting him get acclimated to the NFL game speed last week, but they aren’t going to be able to keep his talent off the field going forward. Guice saw 29 percent of the snaps while Peterson had 25 percent and Wendell Smallwood had 46 percent.

3. Darius Slayton (WR, New York Giants) – Slayton has played extremely well for a rookie, and Week 10 was no different. His performance came against a porous Jets secondary, but 10 receptions for 121 yards and two touchdowns in nothing to scoff at regardless of the opponent. Consistency will be the biggest challenge for Slayton, but with Sterling Shepard unlikely to return due to a concussion and Evan Engram week-to-week with a foot injury, Slayton is a solid add. He has reached the 50-yard mark twice and scored four touchdowns in his last three games. His schedule is filled with juicy matchups down the stretch too.

4. Bo Scarbrough (RB, Detroit Lions) – Scarbrough led the Lions' backfield in snap share (49.23 percent) and touches (14) Sunday, when he racked up 55 yards and found his way into the end zone. Jeff Driskel is playing better than many expected and has the Lions scoring points. Since Kerryon Johnson landed on injured reserve, Detroit has been looking for a bigger back to pound the rock, and Scarbrough seemed to solidify his position in that role Sunday. He’s not going to add much, if anything, in the passing game, so you’re banking on either significant rushing yards or a touchdown to get a return.

5. Randall Cobb (WR, Dallas Cowboys) – Dallas is a high-powered offense, and Cobb is coming off back-to-back 100-plus yard performances with touchdowns. Amari Cooper has been dealing with some injuries, and the ground game hasn’t been what we’ve come to expect of late. With Dak Prescott squarely in the MVP conversation and the passing game performing at its peak, it’s absolutely worth adding Cobb given his upside. He’s a talented player who's healthy and has seen 23 targets over the last three weeks. He has played 72 percent of the snaps this season. He’s a WR4 going forward and worth playing in the right matchups. Dallas travels to New England in Week 12. 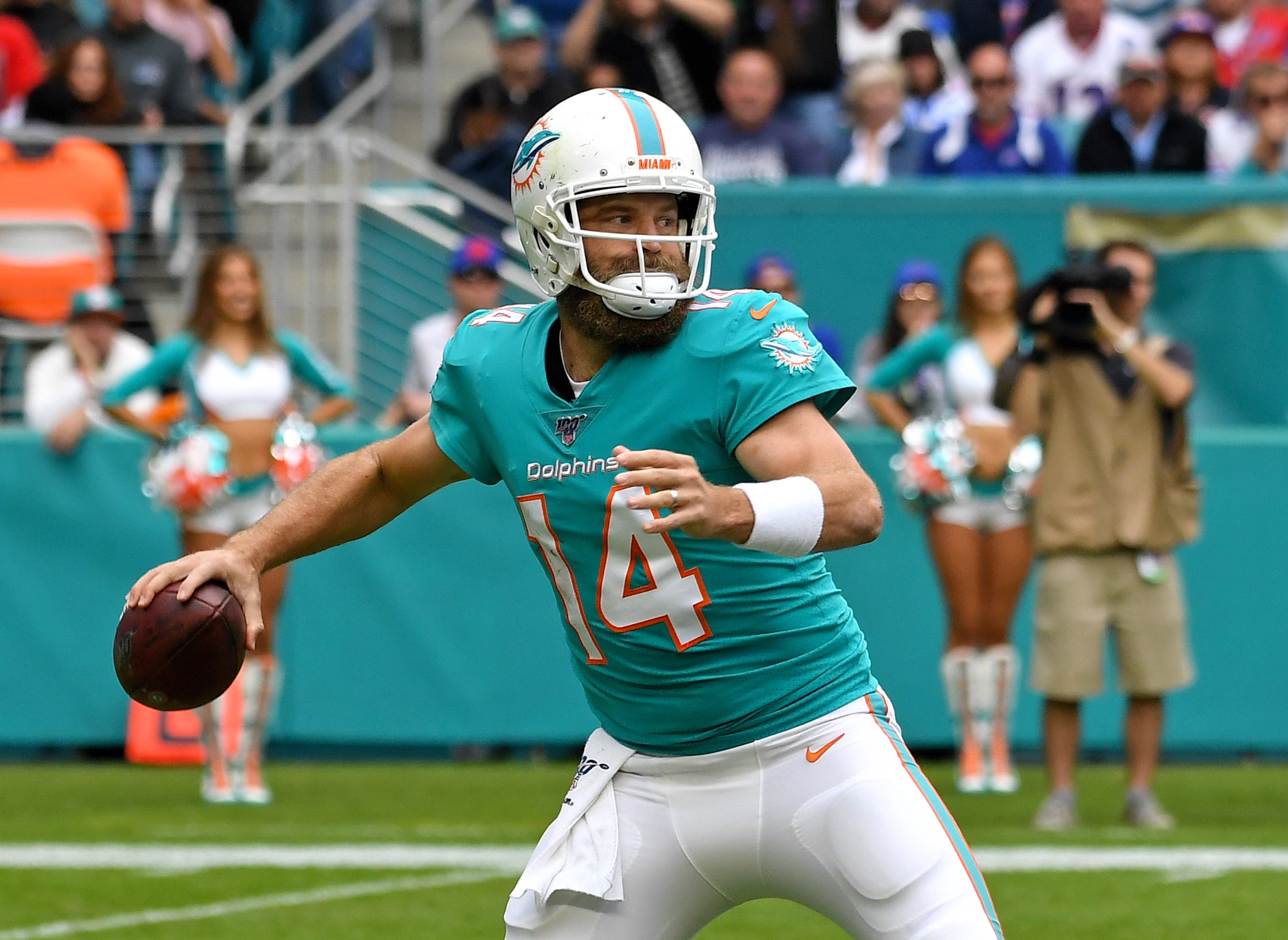 6. Chris Conley (WR, Jacksonville Jaguars) – With Nick Foles back, Conley was second on the team with 58 yards receiving Sunday. He has seen at least seven targets in each of his last four games and is heavily involved in this passing offense. Going back to the offseason, there were stories about Foles and Conley developing strong chemistry, so it’s worth monitoring to see where this connection goes. DJ Chark is the No. 1 receiver, but Conley can emerge as a fantasy asset in the coming weeks.

8. Jacob Hollister (TE, Seattle Seahawks) – Hollister is an athletic tight end who -- as a Patriots fan myself -- I never wanted to see New England. He has proved he can step into a starting role and make the best of it. Over his last two games, Hollister seen 16 targets and recorded 12 receptions for 99 yards and three touchdowns. He needs to be owned and is an up-and-coming top-10 tight end for the remainder of the season. He’s also playing on a top-tier offense with an MVP-caliber quarterback.

9. Demaryius Thomas (WR, New York Jets) –  Much like Slayton, Thomas benefits from an easy schedule to end the year. He has averaged four receptions over the last five weeks and has twice had nine targets in that span. Since Week 5, he has only one game below five targets. Thomas was a late addition to the Jets' roster via trade in September, so his chemistry with Sam Darnold is just rounding into form. New York’s schedule lines up nicely for Thomas to be a WR4 or flex play down the stretch.

10. Ryan Griffin (TE, New York Jets) – Everyone was waiting for Chris Herndon to return this season. It happened for a game, then he went on injured reserve. Meanwhile, Griffin has been the TE8 overall since Week 5, scoring four touchdowns and hitting the 50-yard mark three times in that span. Given how thin the position is and the Jets' schedule for the remainder of the year Griffin is worth streaming through the end of the year. He gets the Raiders this week.