1. Ty Johnson (RB, Detroit Lions) – Starting running back Kerryon Johnson left in the first quarter with a knee injury in the first quarter Sunday and never returned. In his place, Ty Johnson stepped in and played the majority of snaps (64 percent) and totaled 14 touches for 58 yards. Meanwhile, J.D. McKissic had seven touches and accumulated 60 yards. Unless the Lions bring in a free agent, Ty Johnson should lead the backfield in snaps and touches until Kerryon Johnson returns. On Monday evening, news came down that Kerryon Johnson is expected to miss "some time."

2. Chase Edmonds (RB, Arizona Cardinals) – Edmonds should be owned already, but after his performance Sunday, it'll be a scramble to add him where available. Be strategic though. If you have Cardinals starting running back David Johnson, you’re smart to invest. If you don’t, realize Johnson isn’t going anywhere and decide if another player is better for your roster moving forward. One way or another, I do expect Edmonds to be involved going forward, as he’s been the better runner while Johnson has done his damage through the air.

3. Kenny Stills/Keke Coutee (WR, Houston Texans) – News came Monday morning that Will Fuller’s hamstring injury is a serious one, as he's expected to miss several weeks. That immediately makes Stills and Coutee waiver additions in an explosive Houston offense. Stills out-snapped Coutee and should be the primary beneficiary of Fuller's injury. I’d prefer him over Coutee, but Coutee is a nice consolation prize. Stills took the deep routes Sunday, racking up four receptions and 105 yards. Meanwhile, Coutee had three catches for 25 yards and added a rushing touchdown.

4. A.J. Brown/Corey Davis (WR, Tennessee Titans) – Finally! The Titans offense moved the ball and utilized its high-priced receiving weapons in Brown and Davis. Brown had eight targets and one rushing opportunity. He reeled in six balls for 64 yards, while Davis pulled in six of his seven targets for 80 yards and got into the end zone. Ryan Tannehill seemed to provide this passing offense with some juice that it had been missing. Both receivers are talented and if this is what the offense looks like moving forward, you're going to want a part of it.

5. Mark Walton (RB, Miami Dolphins) – Kenyan Drake is rumored to be on the trade block, and Walton has taken over as the lead back. He saw 52 percent of the snaps and 15 touches Sunday. Both numbers led the backfield. The bad news is that Kalen Ballage has punched the ball in from the one-yard line two weeks in a row now. Walton will be good as a bye week fill-in or as a flex play, but without touchdown opportunities and Drake stealing passing work, it’s hard to invest too much into Walton unless Drake moves on. 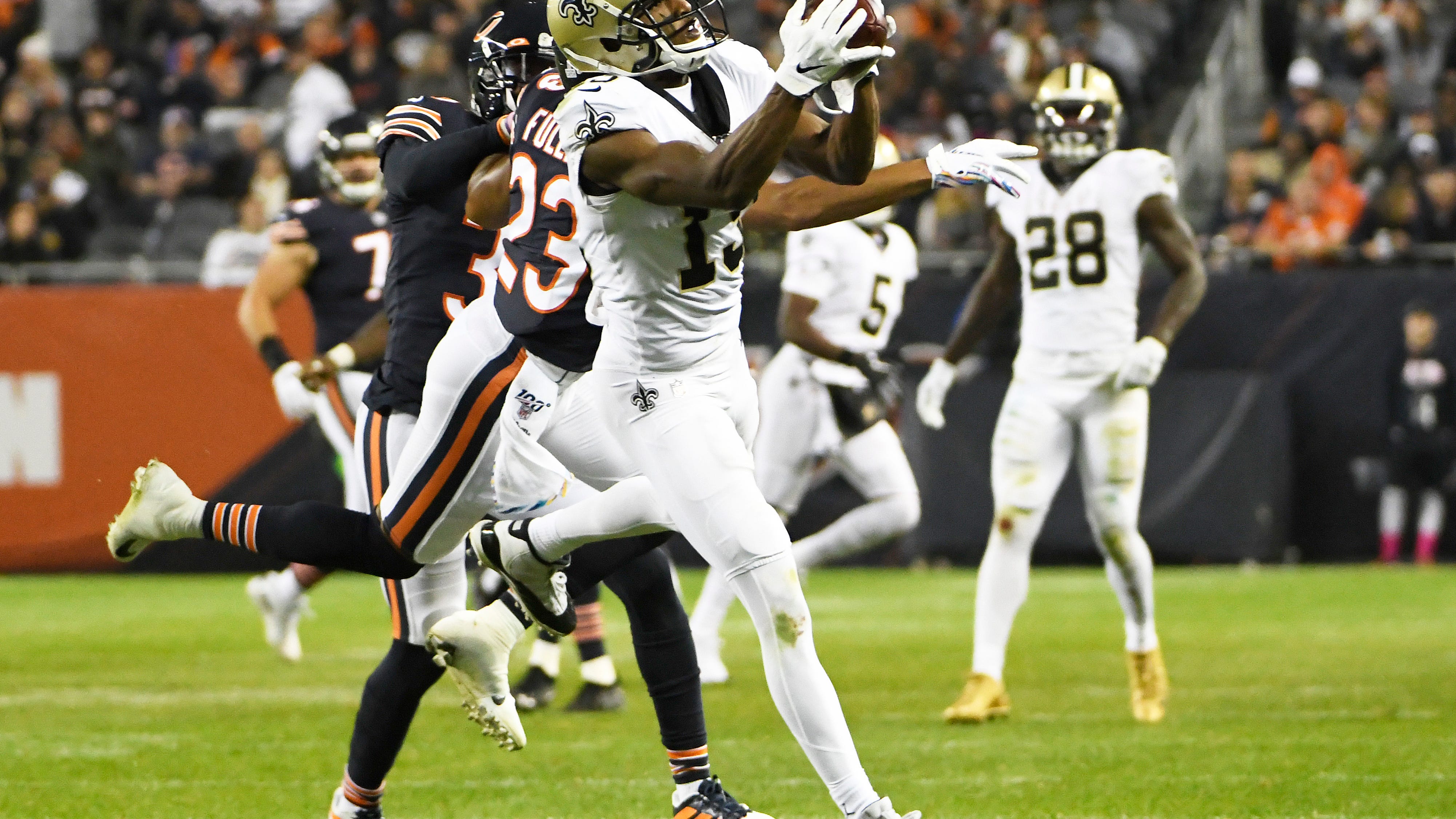 Fantasy Football: Which Teams Are Projected to Score Most in Week 8?

6. Phillip Dorsett (WR, New England Patriots) – Prior to his hamstring injury, Dorsett had seen 16 targets over the last two games he played. With Antonio Brown gone and Josh Gordon banged up, Dorsett is a key playmaker in this passing offense. Jakobi Meyers will get some chances for the Patriots too, but Dorsett will be a starting receiver when Gordon returns, so he's the player to add.

7. Darrell Henderson (RB, Los Angeles Rams) – Malcolm Brown didn’t do much to impress two weeks ago when Todd Gurley was out with a quad injury, and Gurley has been held below 3.5 yards per carry in four straight games. The offensive line isn't what it was a year ago, as the Rams have struggled in both the running and passing game. That being said, it’s possible we begin to see Henderson and his all-world burst start to gain more opportunities. He has averaged 33 percent of the snaps in the last two weeks, and he had 12 touches to Gurley’s 19 on Sunday. The bottom line is he’s worth adding to see how this all plays out.

8. Auden Tate (WR, Cincinnati Bengals) – The earliest A.J. Green would be back in any uniform is after the trade deadline passes on Oct. 29 -- and there’s a possibility that when he returns that he's playing for a different team. That would leave Tate as a starting receiver in a Bengals offense that’s consistently playing from behind. Tate has had at least 50 receiving yards in four of five games and if you’re in need of a receiver, you might want to take a look here.

9. DeVante Parker/Preston Williams (WR, Miami Dolphins) – The Dolphins' passing game funnels through Parker and Williams, and they’re constantly trailing. The team also got a boost with Ryan Fitzpatrick back at the helm Sunday. He’s at least able to get the Dolphins moving and collecting first downs. Parker had a team-high 10 targets, snagging five balls for 55 yards and a score. Williams had eight targets and tallied six receptions for 82 yards. I’d take Parker over Williams.

10. Olabisi Johnson (WR, Minnesota Vikings) – The latest news on Adam Thielen’s hamstring injury that kept him out from the first quarter on Sunday is it’s minor. While he’s likely to miss Minnesota's game against Washington on Thursday, he should be back sooner than later. Don’t go crazy adding Johnson, but if you’re in a pinch, his matchup against the Redskins is a good one, and he got into the end zone this past Sunday. He also saw as many targets (eight) as Stefon Diggs.