1. Darrell Henderson (RB, Los Angeles Rams) – Henderson has had 11 carries in back-to-back weeks and out-touched Todd Gurley by a 13-10 margin Sunday. While Gurley scored the touchdown and totaled 44 yards on 10 carries, Henderson racked up 69 yards on 13 touches. It’s something to watch going forward, and Henderson needs to be rostered in all formats. His ceiling is league-winning upside if the backfield gets turned over to him at any point.

2. Mark Walton (RB, Miami Dolphins) – Kenyan Drake has been traded to the Cardinals, which leaves Walton as the clear lead back in the Dolphins' rough offense going forward. There’s value there, though the upside is severely limited given the team he plays on. It’ll be interesting to see how much Kalen Ballage plays against the Steelers on Monday night and how much Miami gets Myles Gaskins involved. We should have a clearer picture on whether the Dolphins will still use some sort of committee with Walton leading the way or if he becomes a bell-cow back for them. That will determine his waiver priority, given that everyone needs running back help/depth in fantasy football.

3. Raheem Mostert (RB, San Francisco 49ers) – The 49ers are one destroying people with their running game, and Matt Breida is once again nursing some sort of injury. With that being the case, Mostert is worth adding, even if Breida isn’t forced to miss the game against the Cardinals on Thursday night. It’s clear that if anything happens to Tevin Coleman or Breida, Mostert is next in line for significant opportunity. If Breida does miss the game Thursday, Mostert is a flex option.

4. Jonnu Smith (TE, Tennessee Titans) – Delanie Walker has been battling injuries for most of the season and was spotted in a walking boot Sunday. Smith is a talented tight end with freakish athleticism. Many dynasty owners have been waiting for Walker to pass the torch, and maybe we’re in the midst of that happening. With Walker sidelined the past two games, Smith has caught a combined nine balls for 142 yards and a score. Smith's work has also coincided with Ryan Tannehill injecting some life into the Titans' offense. Nevertheless, Smith is a swing-for-the-fences option add given how barren the tight end position is in fantasy.

5. Derrius Guice (RB, Washington Redskins) – At this point in the season -- especially if you’re a contender -- you should be looking to add big upside to the end of your bench. Given his talent, Guice is one of the few players who could make a difference down the stretch for your team. A lot of that will depend on whether Dwayne Haskins takes over as the starting quarterback or if the Redskins continue forward with Case Keenum, but Guice is worth the speculative add. Adrian Peterson won’t go away, but Guice was brought in to be the lead back for this offense. 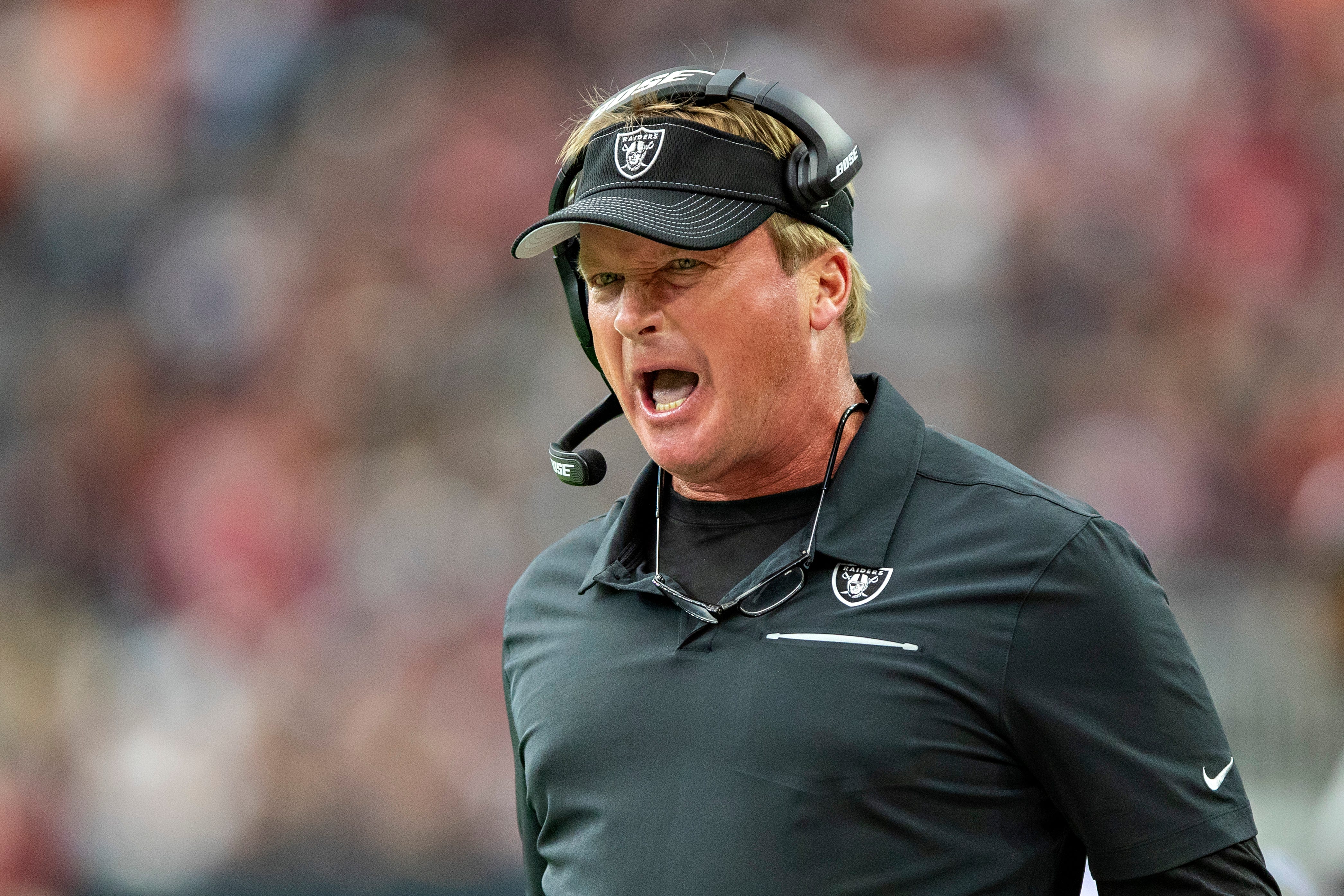 Fantasy Football: Which Teams Are Projected to Score Most in Week 9?

6. Chris Conley (WR, Jacksonville Jaguars) – In the last two weeks, Conley has a combined 186 receiving yards and a touchdown on seven receptions. If Dede Westbrook misses time after getting banged up Sunday, Conley will step in as the No. 2 option for Gardner Minshew. Jacksonville plays Houston next, and the Texans struggled to contain the Raiders' Hunter Renfrow and Tyrell Williams this past week.

7. Rashaad Penny (RB, Seattle Seahawks) – This is purely speculative, but Penny performed well in carrying the ball eight times for 55 yards against Atlanta. He’s rumored to be on the trading block and if he does get moved, it could be a big boost to his fantasy value. If you have the room and your waivers run early, Penny is worth stashing. For those waivers that run Wednesday or Thursday, we’ll know if he gets traded and where to prioritize him.

8. Auden Tate (WR, Cincinnati Bengals) – Week after week, I put Tate on this list and he gets zero love. The latest rumor is that A.J. Green won't be traded and is heading for a return in Week 10, but we know none of that for sure. What we do know is that Tate has been producing. He has seen a combined 30 targets over the last three weeks, has at least 65 yards in all of those games and will be starting regardless of Green’s return. Tate has scored a touchdown during that span and just missed two others. With as bad as the Bengals are and as much as they have to throw, Tate should be owned in far more leagues than he is. The Bengals do have a bye in this week, so think about that as you ponder this addition.

9. Dallas Goedert (TE, Philadelphia Eagles) – As we all know, tight end is a brutal position in fantasy, but Goedert is playing well and has significant upside if anything were to happen to Zach Ertz. In the last three weeks, Goedert has seen a combined 17 targets to Ertz’s 18. He has also posted four more receptions and 28 more yards than Ertz and two touchdowns despite playing fewer snaps. If you’re in need of tight end help as most are, grab Goedert.

10. Cole Beasley (WR, Buffalo Bills) – If you’re in need of a floor play in PPR leagues, Beasley is your guy. He’s averaging just more than seven targets per game, has scored in back-to-back weeks and the Bills have had their bye already. There’s not much of a ceiling here, but he should be owned in more leagues.