(WBBM NEWSRADIO) -- A dog that went missing after a vehicle was stolen in west suburban Elmhurst last week has been reunited with owners.

The dog was last seen in a Pontiac Vibe in a business parking lot at 265 Rt. 83 in Elmhurst on Dec. 22. When the driver left the vehicle with the keys inside, someone drove off with the vehicle.

GOOD NEWS! Zoey, the dog who went missing from a stolen vehicle in Elmhurst, has been reunited with her owners! @Elmhurst_Police say she was found wandering in the area of 13th Street & Kostner in Chicago a few days ago. @WBBMNewsradio pic.twitter.com/R0vXx56hCt

Although police later recovered the vehicle and reportedly made an arrest, the dog -- Zoey, a female Terrier-Shi-Zu mix -- remained missing.

The dog was discovered wandering around 13th and Kostner in Chicago in recent days. A woman took the dog in and realized the animal looked like the dog reported missing in the Elmhurst crime.

She contacted Elmhurst authorities, and a check of Zoey's computerized chip confirmed the dog's identity, police said on Tuesday. 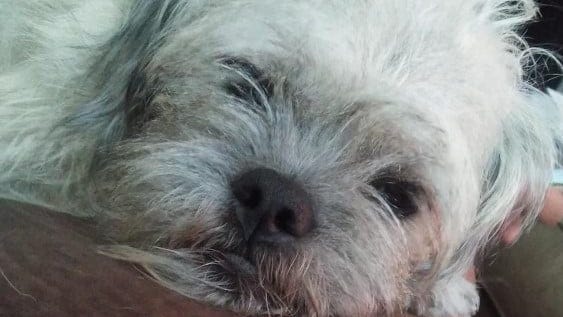