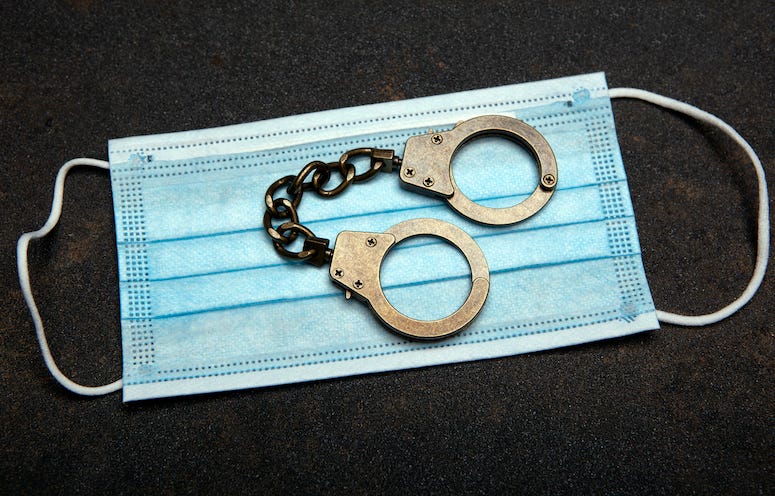 Last month, a man in Midvale, Utah was arrested for threatening a police officer.

34-year-old Joseph McLeod allegedly called a couple of police departments in Oklahoma, threatening to kill their officers. Well, the Unified Police Department of Greater Salt Lake didn't take too kindly to these threats, and were sent to McLeod's home to arrest him. They took him to the jail where he was handcuffed to the bench. However, McLeod didn't plan on staying long.

After arriving at the jail, McLeod was given a face mask, of which he used the metal nose guard to pick the lock on his handcuffs to try and make his escape.

Unfortunately for McLeod, he didn't make it too far.

McLeod now faces one count of escape from custody, on top of the two charges of threat of terrorism, and two counts of false emergency report-emergency involving injury/death.