Even the pros make mistakes once in a while.

On Friday’s episode of “Wheel of Fortune,” viewers saw Pat Sajak, who has led the long-running show for four decades, make a rare and unprecedented blunder.

During the bonus round, Sajak accidentally opened the grand prize envelope too soon!

Instead of opening it at the end of the segment, he tore that bad boy open at the start.

Being behind the wheel for so many years, Sajak immediately caught his mistake and broke down laughing.

As he leaned over the prize wheel, he exclaimed: “I’m not sure why I did that.”

He then boasted to viewers that he knew what the contestant was playing for "and you don’t.”

The fact that the category was called “What Are You Doing?,” only made the moment that much funnier.

Sajak turned it into a relatable moment by chalking the flub up to the end of the work week. 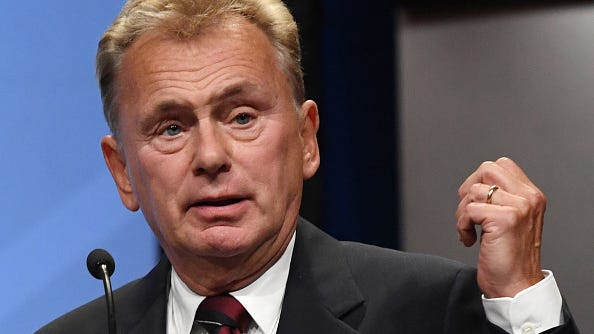 “It must be Friday,” he said jokingly.

Sajak’s longtime co-host, Vanna White, emphasized that this was a historic moment.

“I don’t think you’ve ever done that,” she explained.

Sajak confessed that “there’s a first time for every mistake.”

The faux-pas reminded him of a moment from years ago when he mixed up the puzzle and category.

“Even I’m not perfect. I know that’s shocking news,” he revealed.

It happens to the best of us!