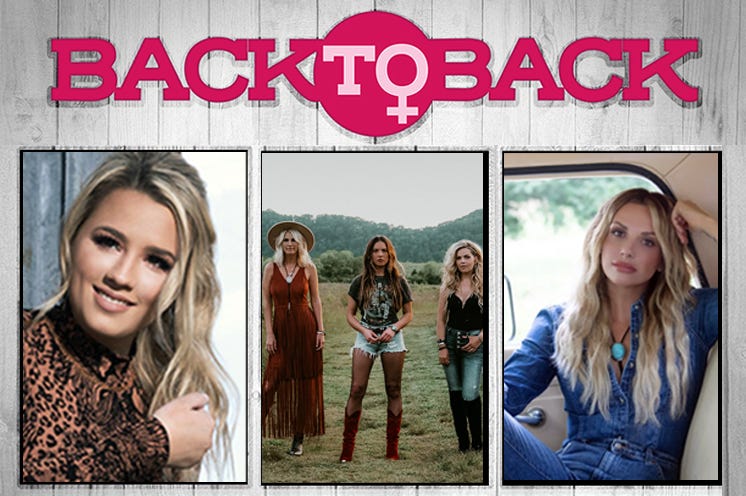 Gabby Barrett - "The Good Ones"

After her record breaking success and number one song “I Hope,” Gabby Barrett is back with a brand new single off her debut album Goldmine called the “The Good Ones.” Written at the time about her boyfriend, now husband and fellow American Idol album Cade Foehner.

Runaway June - "We Were Rich"

ACM nominated trio Naomi, Natalie and Jennifer of Runaway June are back with a new nostalgia packed track off their debut album Blue Roses, called "We Were Rich."

Following up her number one single “I Hope You’re Happy Now,” Carly Pearce recently released her first new music since her self-titled album which came out earlier this year. “Next Girl” is written from the perspective of “the ex-girl” as a forewarning to the “next girl,” and this sassy new tune will surely have you singing along.