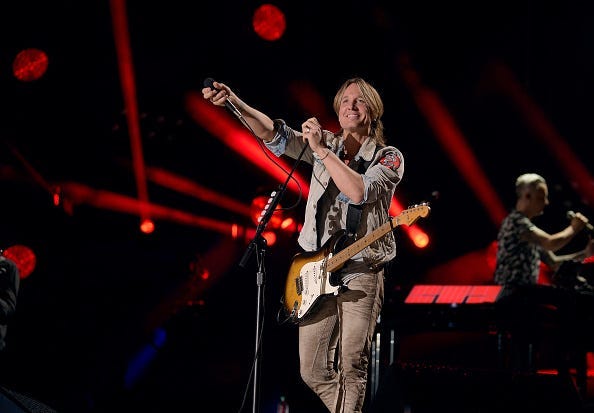 Photo credit Jason Kempin
By US 99

Keith Urban released his latest single 'When God Whispered Your Name' last month, which was the first taste of new music from him in 2020.

He recently dropped the music video to go along with it!

Urban said the video represents his journey from starting in a dark place of isolation and then finally finding himself and the light, which is exactly how the video progresses from a basement warehouse to a mountaintop.

The video was shot in two separate places. The dark warehouse shots, in the beginning, were filmed in Nashville and the boulders and mountain were located in Lancaster, California.

Urban did say it was a little intimidating shooting and jamming out on a boulder on top of a mountain, but he hopes the video takes the song to another level and is one fans can really enjoy!