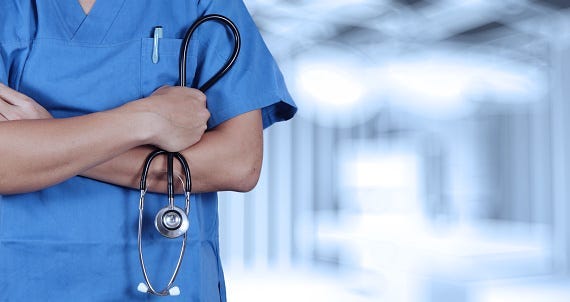 Photo credit Pablo_K
By US 99

A group of nurses put on an impromptu Backstreet Boys concert for their patient who was forced to miss the boy band's show after a cancer diagnosis.

Amanda Coley is a HUGE Backstreet Boys fan and was super excited to see them in concert with her sister last week.

Unfortunately, she was diagnosed with leukemia three weeks ago and was unable to attend the show. Her sister knew how upset Coley was for missing the concert and decided to throw a 'Backstreet Boys party' in her hospital room.

Coley's son helped by making invitations and passing them around to nurses on the floor just asking them to stop by and say hi.

The nurses, though, went above and beyond! A group of them danced into Coley’s hospital room clapping and singing songs by the Backstreet Boys! They performed three total songs as Coley danced along from her hospital bed.

Coley was overwhelmed with emotion and could not believe the lengths the nurses and her friends went to in order to lift her spirits.

The video also caught the attention of one of the Backstreet Boys, Nick Carter, who went on Twitter to wish Coley well and shout out the nurses for their support!

We missed you last night Amanda! Looks (and sounds) like you have a great team helping you get better. We’re thinking of you and sending you love ❤️
To the nurses of Northside Cancer Center, thank you for all you do!! https://t.co/WFZsE7tdRY

A small act of kindess like singing some Backstreet Boys song to a patient really can go a long way! #GoodVibes