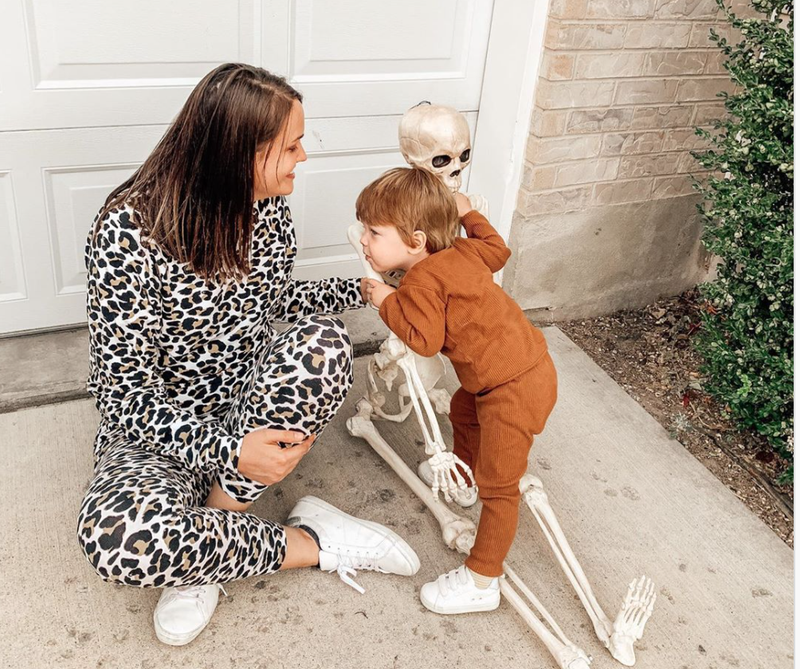 Move over imaginary friends! It's time that Halloween decorations become the new BFFs.

Quarantine and social isolation have been difficult for everyone, including children. Some might even be too young to understand why they used to see kids their own age everywhere and now they are stuck at home with only their families.

One toddler, though, took matters into his own hands (whether he recognized it that way or not) and made a new friend during the pandemic...

Well, he didn't make him so much as take him out from the box of Halloween decorations in the basement, but it's basically the same thing. A few weeks ago, two-year-old Theo found his mom's decorative skeleton downstairs and wanted to take him to the park with him. His mom, Abigail, figured it was no big deal and she would take the large toy out for him to play with and then just decorate for Halloween early.

What she did not think would happen was that Theo would become attached to the skeleton and insist on bringing it everywhere with him...and we mean EVERYWHERE.

Here's the two chilling in the driveway.

They also enjoy watching movies together.

Watching Nightmare Before Christmas for the 10th time this week. It makes me so happy to see him so obsessed with this movie. Shoutout to @disneyplus for making it easy to watch anywhere.

And going grocery shopping together. 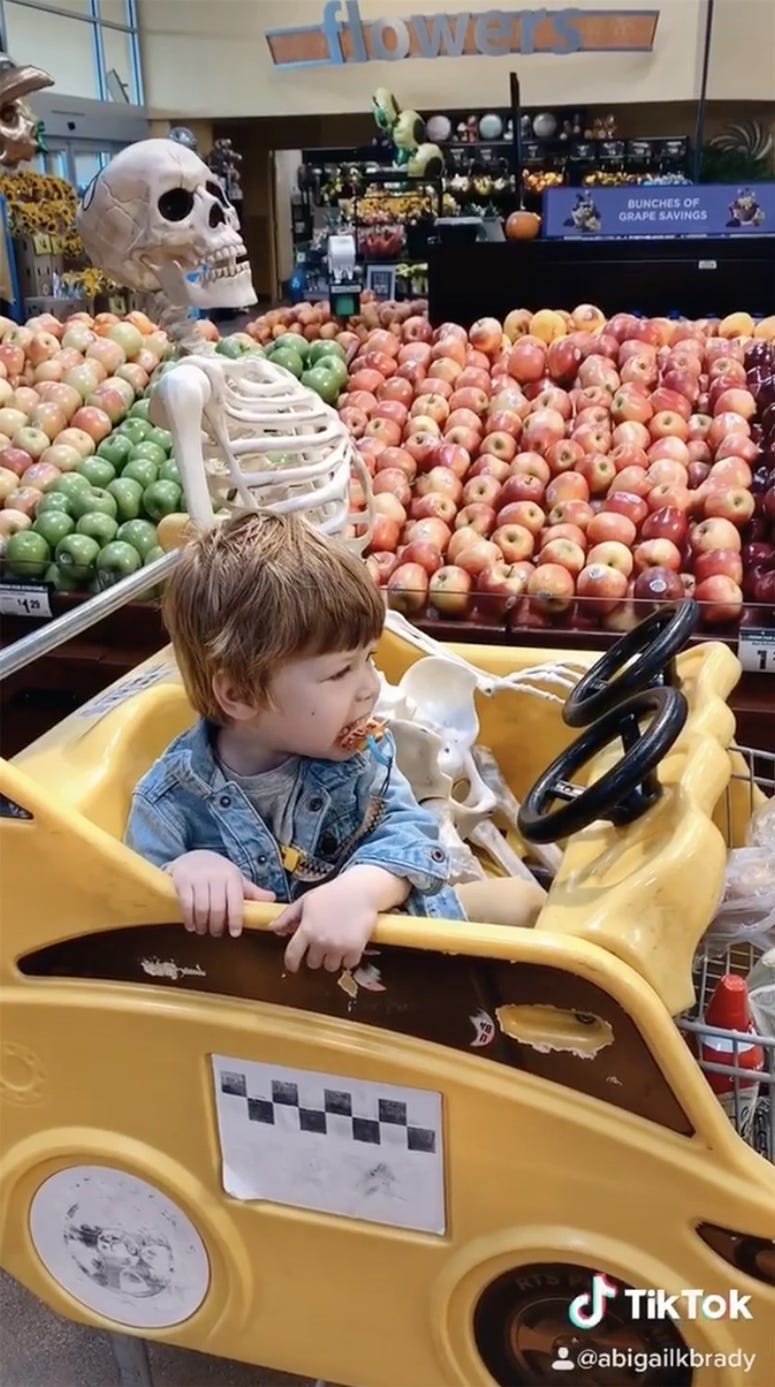 And even going to the park together. 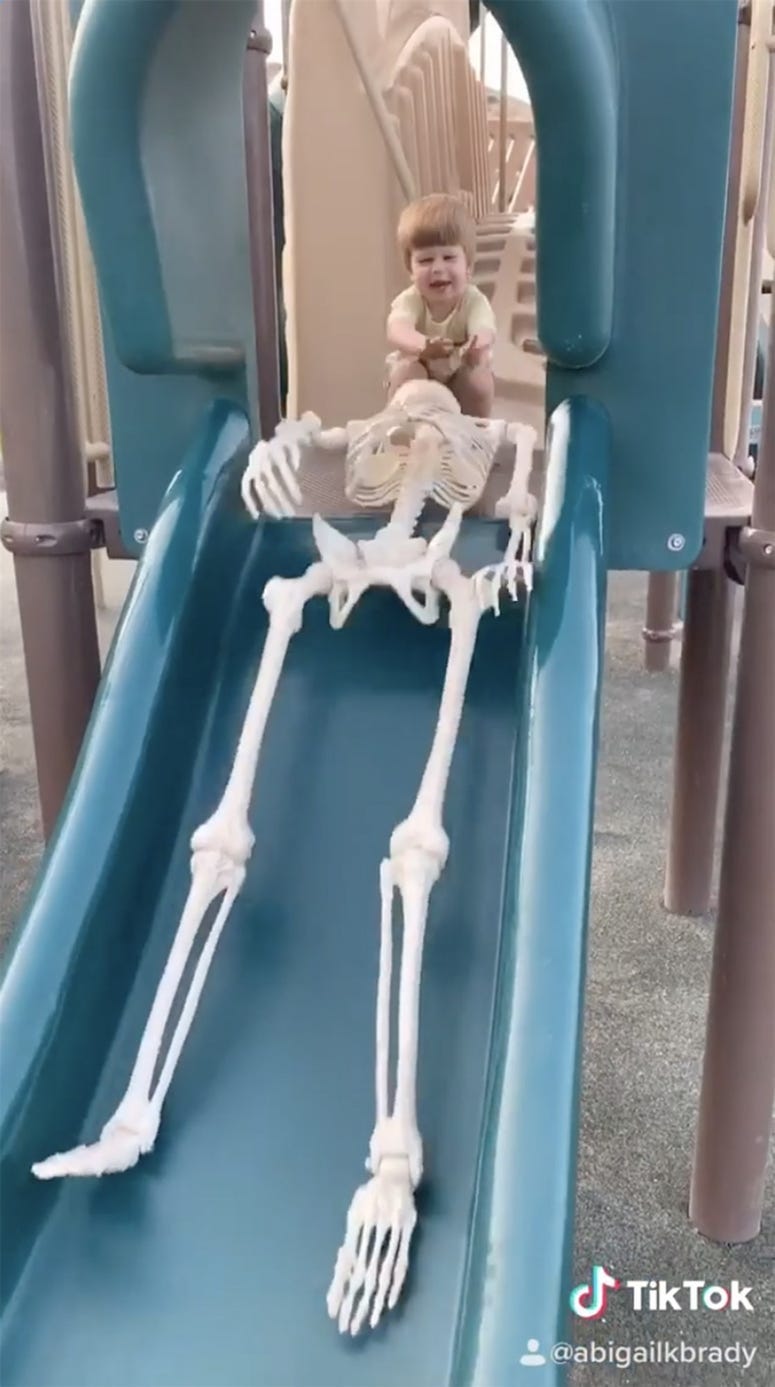 Theo calls his new friend 'Benny,' which was a character in the Disney Channel original movie Halloweentown.

Abigail decided to document Theo and Benny's adventures together because she knows most people could use a laugh right now. She doesn't mind taking the 5-foot tall decoration with them places because in the end 2020 has been so weird anyway, so what's the harm? It brings smiles and positivity to others, which is something we could all use right now.