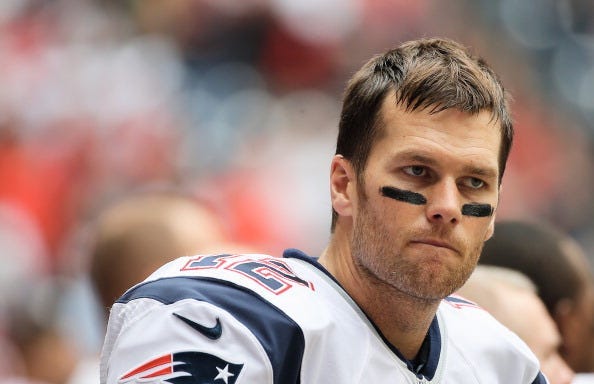 Photo credit Scott Halleran
By US 99

Tom Brady has recently moved his entire family and begun his new life in Florida since he was traded from the New England Patriots to the Tampa Bay Buccaneers.

The family is currently renting a massive waterfront mansion owned by Derek Jeter, who is living in Miami, and adjustment to a new life with little privacy has not been easy for the Bradys.

The other day Brady was trying to go to Buccaneers' offensive coordinator Byron Leftwich's house, but accidentally walked right into the neighbors' one instead. Due to social distancing, Leftwich left the materials for Brady on the table in the kitchen and told him to go inside and grab it. Brady claims all the houses on the block looked identical so he walked into what he thought was the right one.

He just let himself in and the house owner, comedian David Kramer, was just sitting on his couch and didn't even have time to say anything when Brady looked up shocked and said, "Am I in the wrong house?"

He began apologizing profusely, picked up his bags, and quickly left the house. Kramer claims he has never seen anyone leave a place faster!

Then if that wasn't embarrassing enough, a few days later, Brady was asked to leave a Tampa park that is currently closed due to the novel coronavirus outbreak.

He joked about the two mishaps on Twitter saying, "Trespassing in parks, breaking and entering... Just making myself at home in Tompa Bay! --"

Trespassing in parks, breaking and entering... Just making myself at home in Tompa Bay! 😂 https://t.co/zfm5q9zhz6