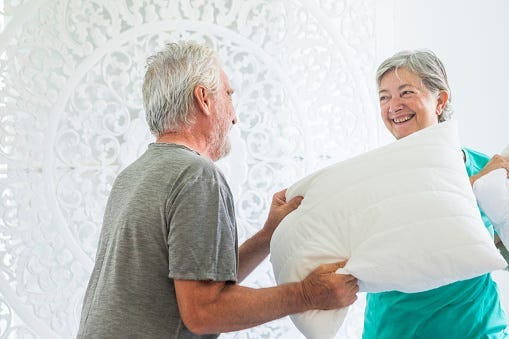 Ken Bembow, a 94-year-old British war veteran, was moved to tears when one of the caregivers at his assisted living home gave him the most thoughtful gift.

Bembow's wife died nine months ago and since then he has been sleeping with a photograph of her every night. The caregivers became concerned though because it is not just a photograph, but one in a glass frame, and they were worried the frame could break during the night sending glass all over Bembow and his bed.

Concerend for his safety, one of his caregivers at Thistleton Lodge in Preston, Kia Mariah Tobin, decided to put the photo of Bembow's wife on a pillow and give that to him to sleep with instead.

When she presented the gift to the veteran, he immediately broke down in tears as he thought the idea was beyond sweet and the MOST thoughtful.

The rest of the staff was also crying at this moment and Tobin's gesture proved how much the employees at the assisted living home care for their residents. #GoodVibes