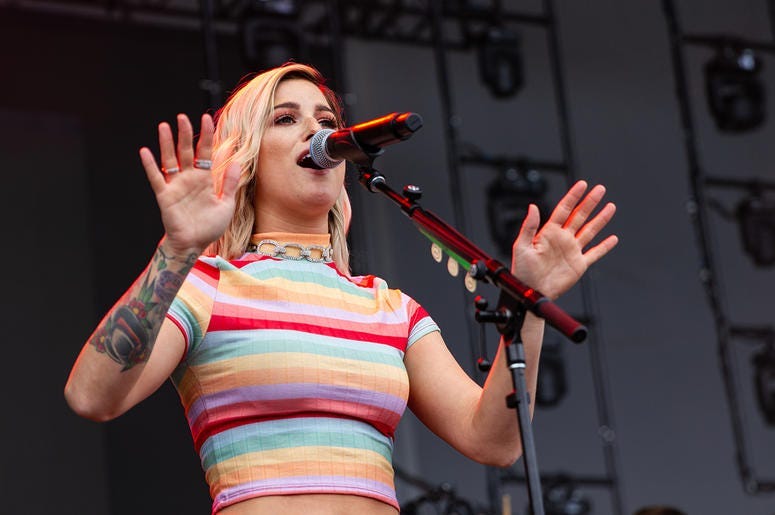 Photo credit Floyd McCraney
By US 99

The hilarious Cassadee Pope took over the US*99 Facebook a couple months before she hit the LakeShake stage as part of the all Female lineup on Friday, June 21st!

She took a break from her CMT Next Women of Country Tour to hangout with the US*99 listeners and talk about her new music and of course how excited she is to play LakeShake! The tour she was on highlights up and coming female country artsits and one of the openers is LakeShake Next From Nashville artist Clare Dunn! The other opener, Hannah Ellis, actuall co-wrote Cassadee's current single 'If My Heart Had a Heart.'

Cassadee loves the female power she has been surrounded by, not only on the CMT Next Women of Country Tour, but she also opened up for Maren Morris on her GIRL: The Word Tour in March! AND she then shared the stage with some amazing women at LakeShake includuing Lindsay Ell, Lauren Alaina, Maren Morris, Miranda Lambert and the Pistol Annies. #GIRLPOWER

I reminded myself in this moment to soak it up because of how beautiful it was. Just 7 women with 7 stories to tell. Thank you @lakeshakefest & @boccountry for yesterday, and @mirandalambert for sharing the last song of your set with all of us ❤️

Her CMT Next Women of Country Tour was about to travel to the UK when she was live and she spoke about the differences in music between the countries. One of the biggest differences is that the UK does not have many big radio stations and they focus less on singles, and more on the album as a whole, meaning the crowds know more of the deep album tracks to sing a long to. Just a litte fun fact for everyone. (Below is my favorite deep album track of hers)

Cassadee had the cutest guest with her while live on US*99: her adorable puppy named Cuppy! If you do not follow her on Instagram, you definitely should becasue Cuppy is a main feature and together they are hilarious! She started bringing him to Meet and Greets and she said, "fans have been more excited to meet him than me." I don't blame them, he is a star!