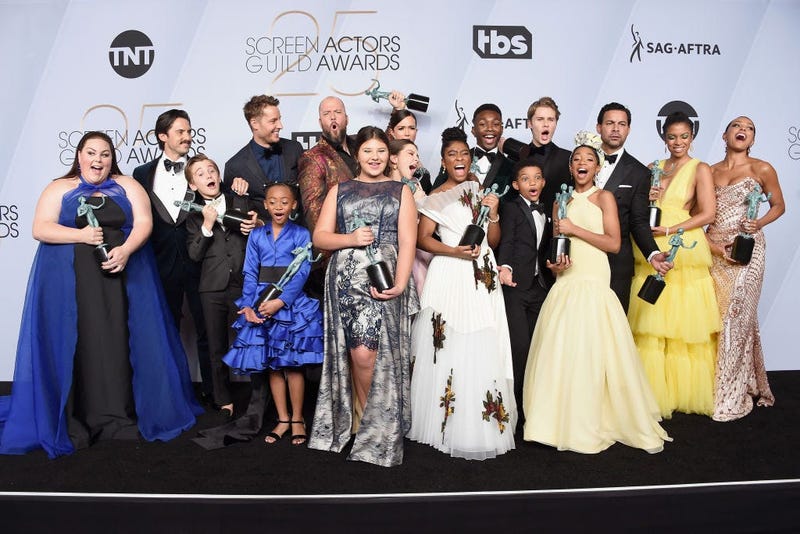 It's a good day for This Is Us fans!

We couldn't imagine a world without the NBC hit series and thanks to a massive renewal, we won't have to for at least three more years because NBC officially gave the green light for the series for 3 more seasons.

That's right -- you don't have to say goodbye to the Pearsons just yet!

This Is Us's official Twitter announced the news alongside an emotional video that kicked off with Jack's beautiful speech to his adopted son, Randall, about being an "exceptional young man."

Three years ago, you fell in love with the Pearson family. Now, get ready for three more incredible seasons. #ThisIsUs returns to @NBC Tuesdays this fall. pic.twitter.com/HSsYzxOFOw

The caption read: "Three years ago, you fell in love with the Pearson family. Now, get ready for three more incredible seasons."

Honestly, when it comes to this show we're always crying even if it's happy tears.

And we can plan to cry every Tuesday night (or a different night if they move the series) for the next three years.

Isn't that a blessing?

The show has a family-friendly vibe, but it hinges also hinges on the realities of life and the ups and downs of gaining and losing your heart's desire.

Sterling K. Brown (Randall) and his on-screen wife, Susan Kelechi Watson (Beth) celebrated the renewal by posting a video of themselves twerking on set.

Why are they such couple/friendship goals?

"In a television landscape with nearly 500 original scripted series, there are very few, if any, that have the critical and cultural impact of ‘This Is Us’ and we couldn’t be more proud to bring fans three more seasons of a show that so well represents the NBC brand,” Lisa Katz and Tracey Pakosta, presidents of scripted programming for NBC Entertainment, told Variety. “A huge thank you and congratulations to our executive producers, cast and crew who reach new heights every week with the show’s inventive and compelling storytelling.”

For the Pearson clan, everything happens in three's.

This is the second time the series scored a multi-series renewal having been renewed up to the third season following its successful debut in 2016.

According to Variety, series co-showrunner Isaac Aptaker plans to wrap up the series after "three more seasons."

Could this mean that 2022 could be the year we say goodbye to the Pearsons?