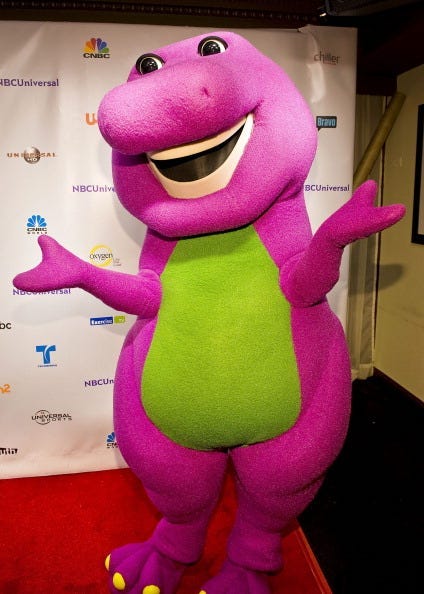 Daniel Kaluuya is producing a live-action take on “Barney.” Apparently his film will explore the dark side of everyone’s purple friend.

“Barney taught us, ‘I love you, you love me. Won't you say you love me too?’ That's one of the first songs I remember, and what happens when that isn't true?” Daniel explained. “I thought that was really heartbreaking. I have no idea why but it feels like that makes sense. It feels like there's something unexpected that can be poignant but optimistic. Especially at this time now, I think that's really, really needed.”

At this point, plot details and casting is being kept under wraps. “Barney & Friends” originally aired on PBS from 1992-2009.