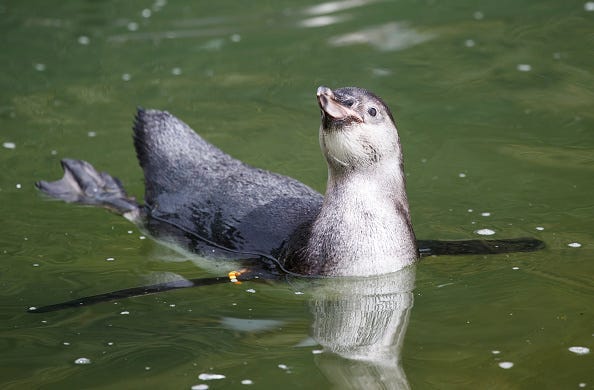 The Magellanic chicks were born in May. They recently joined the full colony of penguins and were named, according to a Shedd news release.

Meet Porter, Popi, Sir Elio and Dee! The Shedd's newest penguin chicks have names — and you can finally see them. https://t.co/xBaa4xlpN8 pic.twitter.com/niEtwHieaI

The four chicks names are:

- Porter, a male, was named in honor of Mary Porter Shedd, the wife of the aquarium’s founder.

- Popi, a male, was named after Pablo “Popi” Garcia Borboroglu, who founded the Global Penguin Society.

- Dee, a female, was named after Dee Boersma, a professor and founder of the Center for Ecosystem Sentinels.