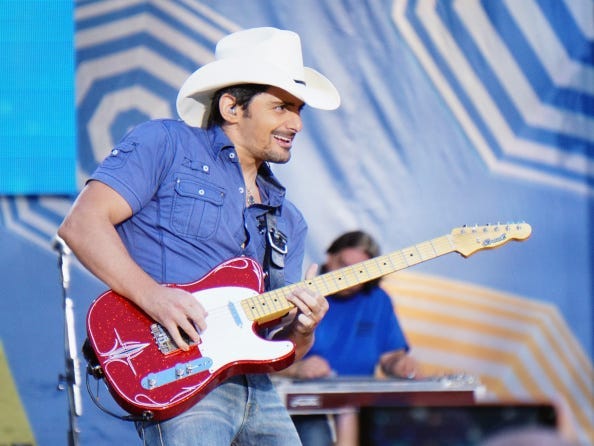 Photo credit Getty Images
By US 99

Karli from Lockport has student loans and need the $2400 in the rolling jackpot to pay them off.

She needs to know more about Luke, Lee, Brad, George and Scotty than Roman to grab that cash.

Want to go back to school?

Well, that school is Roman's College of Country Knowledge and you can enroll by emailing Mornings@US99.com.

1.  He was born Kenneth Mobley Brice, but you probably know him by a much shorter first name.  What is it? (Lee)

2.  This singer's first nine albums, which includes titles like Tailgates and Tanlines, Crash My Party and What Makes You Country, have included fourteen number one hits.  Who is it? (Luke Bryan)

3.  Brad Paisley gave Robert Downey Junior a guitar for his birthday.  But it was a guitar that featured a super hero that Downey is very familiar with.  What super hero was it? (Iron Man)

4.  This country music royalty scored his 27th number one album with Honky Tony Time Machine.  Who is he? (George Strait)

5.  Scotty McCreery says he's hoping for a couple's spa day when his first wedding anniversary rolls around.  What is his wife's name? (Gabi)