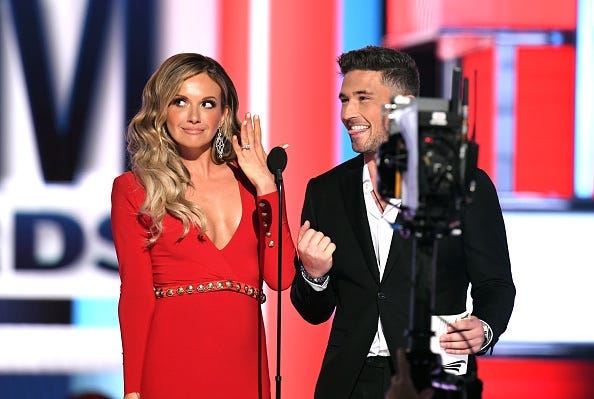 Photo credit Getty Images
By US 99

If Denise from Orland Hills DOES NOT win Roman's College of Country Knowledge today, the rolling jackpot will hit an all time record!

But graduating from this college isn't easy and takes a whole lot of country music know-it-all!

If you've studied up, email Mornings@US99.com to play!

1.  This "Broken Halos" singer says that he loves it when other artists perform his songs.  He says it's a great honor.  Who is it? (Chris Stapleton)

2.  Thomas Rhett's new album features collaborations with Kelsea Ballerini, Little Big Town and Jon Pardi.  Which of those artists was responsible for the song "Heartache On The Dance Floor"? (Jon Pardi)

3.  There's all kinds of country singers with birthdays in April including Maren Morris, Loretta Lynn, Kelly Clarkson and this soon to be husband of Carly Pearce.  Who is it? (Michael Ray)

4.  Big and Rich were introduced as gender bending superstars at a recent Predators NHL home game.  The announcer meant to say genre.  What city were they in when it happened? (Nashville)