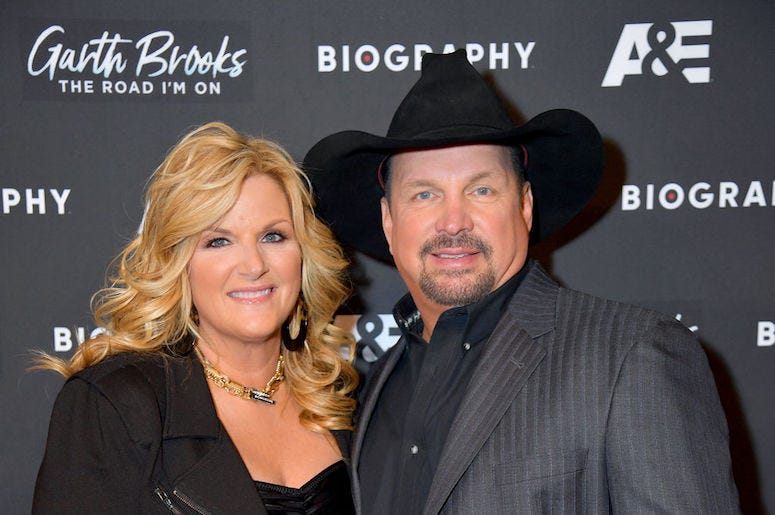 After delighting fans with their cover of the A Star Is Born hit “Shallow” during a Facebook livestream performance, Garth Brooks and Trisha Yearwood are treating fans to an official recording.

Garth and Trisha first performed the track during one of Brooks’ patented Inside Studio G livestream concerts where the Country star would perform cover requests and engage in conversation with fans.

“I felt connected last night, we’re ALL in this together,” Garth wrote at the time. “Thank YOU for that... and for this surprising song request!!”

The song is officially credited as “Shallow (the duet with Trisha Yearwood)” as Brooks and Yearwood deliver a gorgeous studio version of the live cover they debuted earlier in the year.

“From the moment Ms. Yearwood and I first performed ’Shallow’ we have just had so much FUN with performing it, and so have the fans, that it just felt right to share this with country radio,” Garth said in a statement. “Getting to sing this duet with the queen is really special and it’s nice way to work up to the release of my album FUN coming out next month.”

You can stream the song here.

“Shallow” is just one of the tracks that will appear on Garth’s upcoming album FUN. The album is due out on November 20 and has been in the works for a long time.

“This should have been released last Christmas because we'd been working on it forever," Brooks said at the time of the album announcement. "So I think it's just time, you know?"