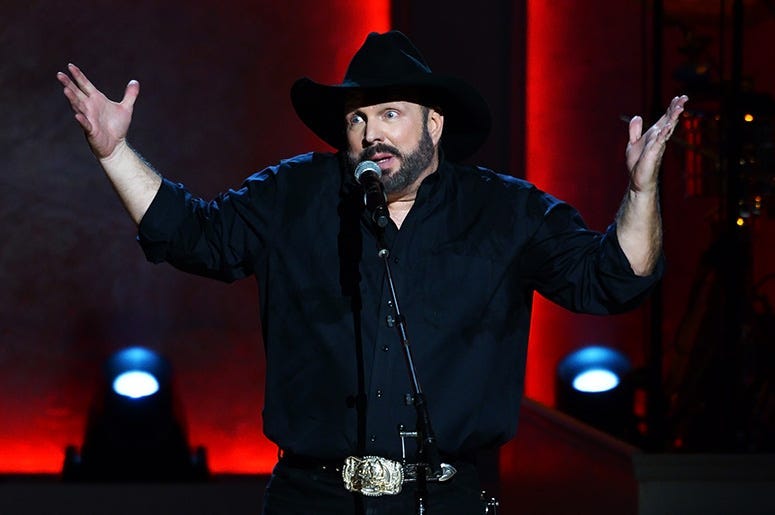 Garth Brooks is postponing the preview event for his latest album FUN after injuring his hand while working on the farm.

The Country superstar and wife Trisha Yearwood posted a video to Facebook, apologizing to fans for the delay. “Hey everybody. Mister and Misses here,” Garth chuckled out while wearing a black glove over his left hand. “Hopefully everything will be great and we’ll be able to play guitar, and it will be good.”

Before Garth’s freak farm accident, he promised fans a "FUN bundle” during the event. Brooks would play tracks off the FUN album and Triple Live Deluxe, a 30-track compilation of songs performed across his multiple tours. The event will also act as a premiere ground for his official cover of “Shallow" with Yearwood.

Brooks has been working on FUN for nearly two years. He announced earlier this year he was waiting for the right time to share the project, hoping to avoid releasing it in the middle of a pandemic. It’s set to release November 20.

WATCH MORE: Chuck And Rachael Talk With Garth Brooks Before His Detroit Show

During a recent appearance on Good Morning America, the singer reflected on his recent string of socially distant concerts and how connecting with fans has changed. "It puts you one-on-one with people right there in their own living room where I think we're all the most comfortable anyway, so it's more like a conversation than it is a show," he says of the event.

"I'm going to enjoy it and I hope other people do too."