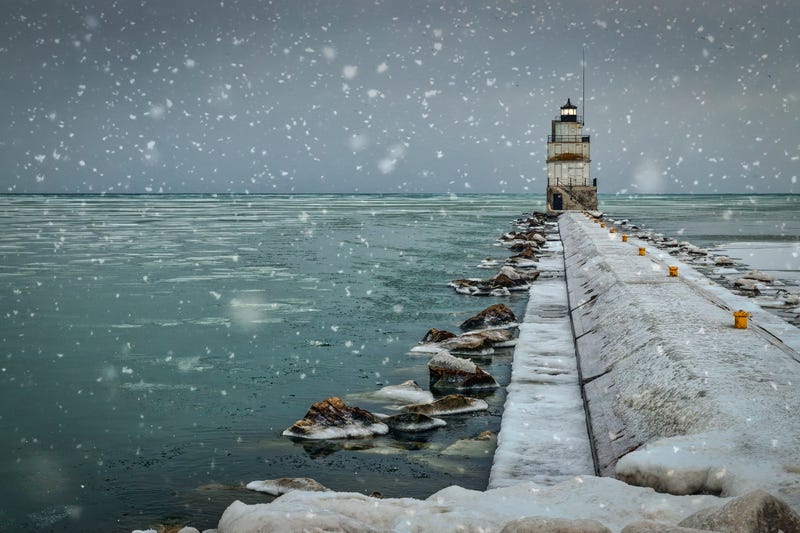 CHICAGO (WBBM NEWSRADIO) -- A dusting of lake-effect snow could hit Chicago Wednesday as a larger snow system moves through the south suburbs.

Flurries could begin Tuesday night in the city, but the heaviest snow is expected Wednesday afternoon farther south, according to the National Weather Service.

Light snow along and southeast of Interstate 55 late tonight into Wednesday. Some lake effect flurries or snow showers into Wednesday evening, including Chicago. #inwx #ilwx pic.twitter.com/l5WLxGdCoN

An inch or two of snow could fall on areas southeast of Interstate 55, forecaster said.

“We’re not looking at a blockbuster snowstorm,” Borchardt said. “But this is the best chance for snow over the next few days.”

It’s too early to say how much snow will fall, but “it wouldn’t be impossible to get snow accumulation in the city,” Borchardt said.

Wednesday’s forecast calls for similar temperates as Tuesday — in the mid-30s — with clouds and wind gusts up to 20 mph, the weather service said.

Thursday could see a high temperature of 36 degrees, with a 5 mph breeze calming down in the afternoon.

Temperatures are finally expected to break into the 40s on Friday, gradually rising over the weekend until Monday’s high of 45 degrees.