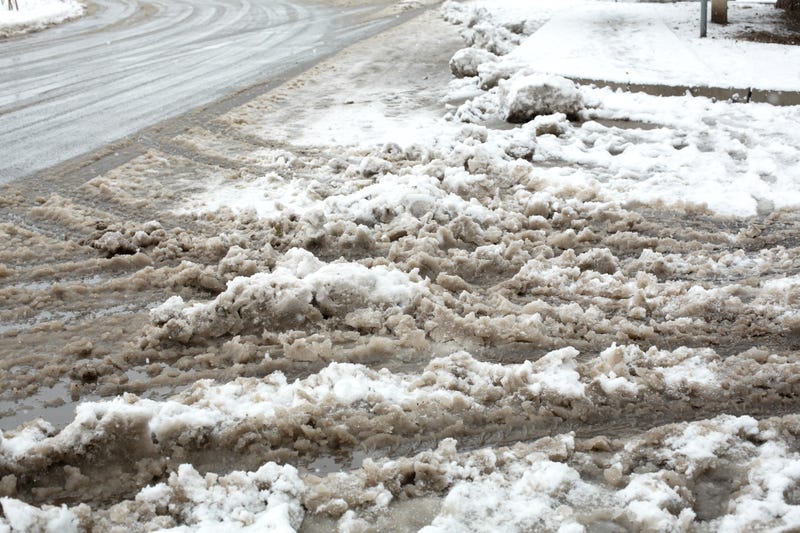 In a one-two punch, forecaster say the Chicago area will be hit with rain in the afternoon and then wet, slushy snow around 5 p.m.

Less than an inch of accumulation is expected.

A period of light rain and light snow is expected Thurs. The precipitation may change to all snow and become moderate snow for a short time into Thurs evening. If this were to occur, some snow accumulation would be possible, along and west of a Pontiac to Elgin line. #ILWX #INWX pic.twitter.com/EeY7L9ajuM

“Overall not a big event,” but the timing of brief, heavy snow overlaps with the evening commute, the National Weather Service said on Twitter.

The rain will likely begin about 2 p.m. and become snow hours later, the weather service is forecasting.

• Heavier rates off & on over a few hours

Temperatures should remain slightly above freezing, leading to slushy roads and sidewalks.

A period of wet snow is expected this afternoon into this evening.  The snow will taper off to flurries tonight. Scattered snow showers will be possible Friday and into this weekend. #ILWX #INWX pic.twitter.com/ZO2hVpontK

Heavier snow will likely hit the northwest suburbs, where forecasters predict between 1 and 2 inches of snow.

The Rockford area could see more than 2 inches, the weather service said.

A period of wet snow is expected this afternoon into this evening. The snow rates may overcome the warmer surface temperatures allowing for a slushy accumulation. Snow accumulations are most likely along and northwest of Interstate 55. #ILWX #INWX pic.twitter.com/nqw56CNyRF

sports
Jeremy Lin reveals he has been called 'coronavirus' on the court
music
Lady Gaga tweets ask for the safe return of her French bulldogs, and for kindness
sports
Eddie Murphy confirms Prince beat him at basketball, as depicted on Chappelle's Show
music
D'Angelo helped to usher in the neo-soul movement, here’s how
music
7 of our favorite odd celebrity couples
music
Black History Month: RADIO.COM LIVE Check In with H.E.R.