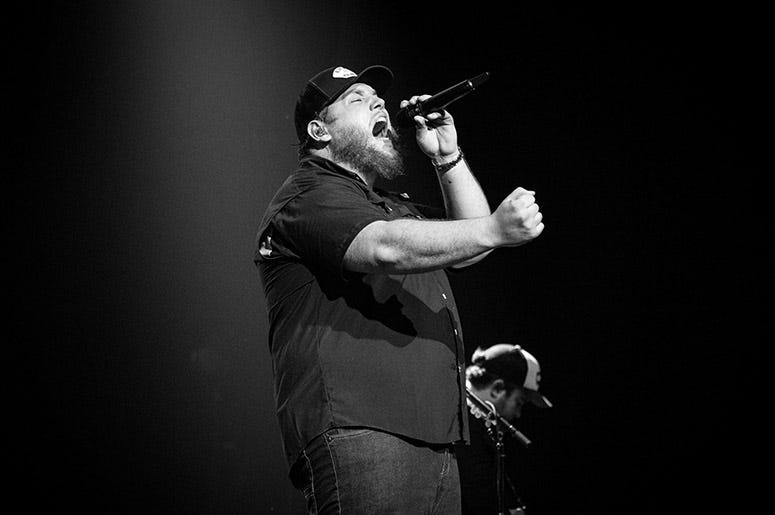 This week, the singer spends his 34th week at number one with his sophomore album, What You See Is What You Get, making him the first artist since the chart debuted in 1964 to have two albums sit in the top spot for at least 34 weeks.

The "Beer Never Broke My Heart" hitmaker has now surpassed Garth Brooks, who previously held the record when his 1990 album, No Fences, spent 41 weeks at number one, while follow-up Ropin' the Wind sat at the top of the chart for 33 weeks in 1991.

Additionally, Luke's debut album, This One's for You, spent 50 weeks at number one, tying with Shania Twain's record for her hit 1997 album, Come On Over.

Luke has the deluxe edition of his sophomore album, What You See Ain't Always What You Get, to thank for the boost. The new project boasts pop hit "Forever After All," which soared to number one on the Billboard Hot Country Songs chart and reached number two on the Billboard Hot 100 during its debut week.

His current single "Better Together" is also climbing the country charts.