A SUV fell into a giant sinkhole in Queens, New York on Thursday.

The SUV was discovered Thanksgiving morning on 70th Street near 52nd Avenue in the Maspeth neighborhood. 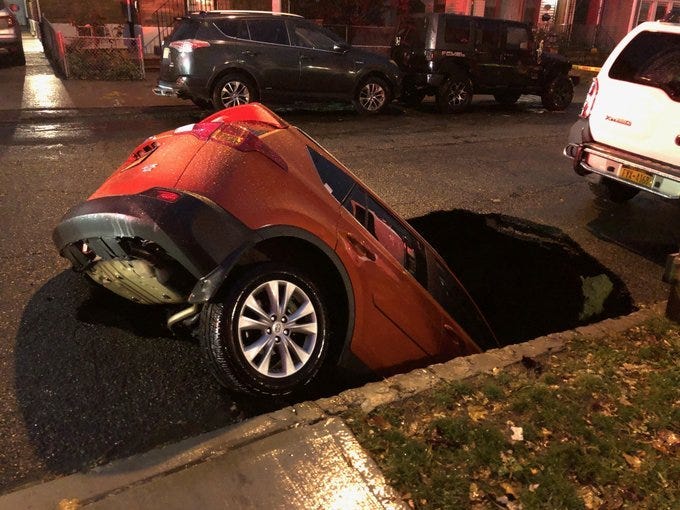 Councilman Robert Holden shared photos of the incident on Twitter.

I have been informed of an unoccupied vehicle that fell into a large sinkhole in #Maspeth.

Both the NYPD and FDNY were on scene for site safety, according to Holden and enforced street closures on 70th Street between 52nd Avenue and 53rd Avenue as well as 52nd Drive between 69th St and 70th Street.

The SUV was empty at the time it fell into the sinkhole, police said.