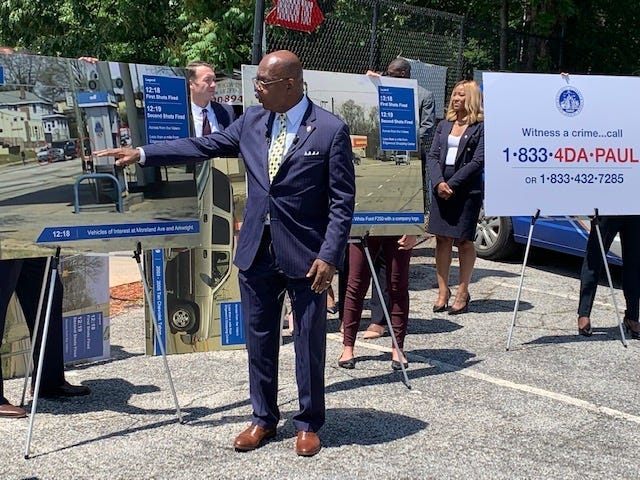 The Fulton County District Attorney’s Office is going the extra mile to gather information for the investigation of three recent police shootings. District Attorney Paul Howard is seeking the help of civilians for the complete truth.

“My experience is that our community seems to make a greater belief when a citizen - who’s not involved as one of the parties - will come forth,” stated Howard.

V103 attended a news conference where DA Howard unveiled the billboards his office has placed around the county in an attempt to solicit witnesses and additional information for the following shootings:

18-year-old D’Ettrick Griffin was shot and killed by Oliver Simmonds, an off-duty police officer who is a member of Atlanta Mayor Keisha Lance Bottoms’ security detail. The incident took place at a Shell Gas Station near the intersection of Whitehall Street and McDaniel Street in Atlanta. Griffin allegedly jumped into the driver’s seat of Simmonds’ unmarked SUV while he was pumping gas. Simmonds shot and killed Griffin as he attempted to steal the vehicle. The billboard related to this shooting is located at the intersection of Whitehall Street and McDaniel Street.

Howard also showed photos of the various scenes where the shootings took place. This is the first time Howard’s office is trying this sort of outreach to the community.