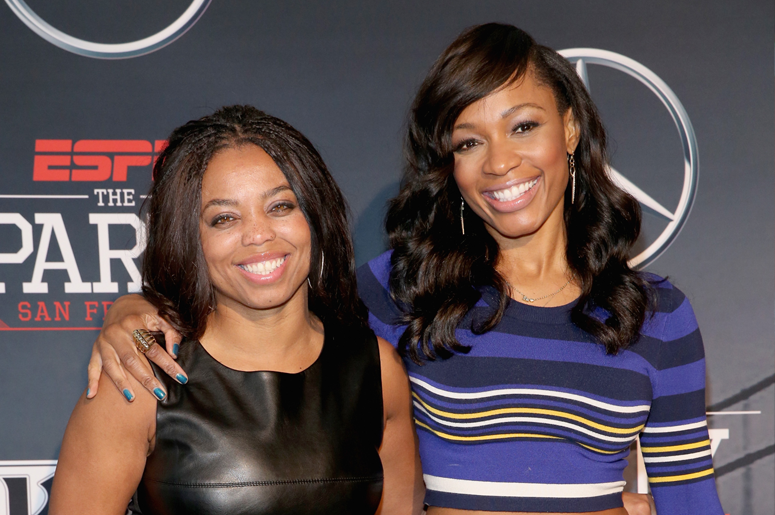 August 19, 2020 08/19/2020 5:38 pm
Today on The Morning Culture with Big Tigger, Jemele Hill and Cari Champion called in to chat, and after some introductory “good mornings," Tig got straight to the point and asked the ladies about their new TV show Stick To Sports, which is premiering tonight on Vice.

Tigger started off asking them how it all got started, Cari without taking a beat jokingly answered, “Well I went to Jemele’s house with a bottle of wine, and I was like lets shoot a TV show.” To which she immediately added, that while the process “was something like that,” the idea naturally originated from the duo’s working relationship, and the enthusiastic viewer reception from their frequent periscope and IG Lives.

Jemele and Cari have have amazing chemistry, as they’ve been working with alongside one another for years, in addition,  individually they each have long standing history at ESPN, so it’s safe to say these ladies know sports.

Tigger pointed out that their new show “is groundbreaking in lots of ways.” Adding, Not often do we see a mainstream TV show featuring two sisters who can talk sports, to which they agreed, saying “yeah, that’s what makes it unique.” Jemele and Cari will occupy a rare space in the media landscape as two Black women hosting their own late night talk show. An area that has been long occupied by men, especially white men. Their entry into the field, in our opinion, is beyond welcome and sorely needed.

With that said, ironically contradicting to the shows title, sports will not be the only discussion topic on the agenda, and choosing that show title is their way of saying, “ain’t nobody sticking to sports…and we definitely never intended to do that either.”

Tig also brought up a clip he saw where Jemele asked Cari to choose between her and Lebron James… the audacity!

After the three joked around a bit about the ordeal, Cari admitted her choosing Lebron might have been a “hasty decision,” to which Jemele responded with, “she only saying that cause they down 1-0 in the series.”

Spoiler Alert! Well kind of, look away now if you ain’t about it. Lebron James is actually the special guest on tonights debut episode. Check out a sneak peek below.

Cari & Jemele: Stick To Sports premieres Tonight, Wednesday on Vice at 10PM EST. Be sure to tune in!