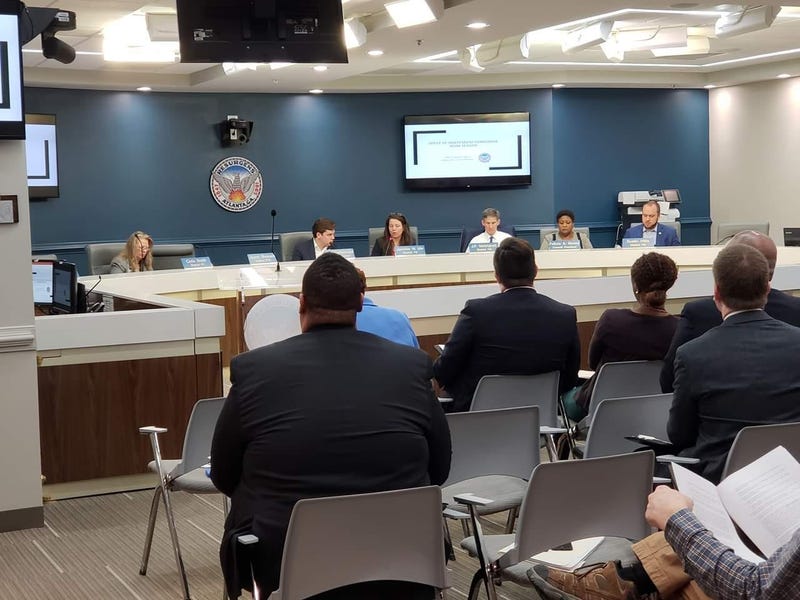 It's the first step towards creating an Inspector General position, aimed at rooting out corruption in Atlanta City Hall. The entire Atlanta City Council has signed on as sponsors of the legislation.

Atlanta City Council President Felicia Moore says the Office of Inspector General would hold elected officials and city employees accountable for unlawful and unethical behavior. It would also include contractors.

When I spoke with Moore recently, she was calling on her fellow council members and the mayor to quickly establish the position.

A task force created by Atlanta Mayor Keisha Lance Bottoms had recommended that an Inspector General be hired. The Office would be independent of the mayor's office and City Council.

news
Trump refuses to concede, touts stock market as more states certify Biden win
music
Hal Ketchum dies at 67 after struggles with dementia
news
70-year-old nurse who came out of retirement to teach during pandemic dies of COVID
sports
Miracle comeback only bought Alex Smith one game before family was back to 'demanding expectations'
news
COVID-19 is changing how NORAD tracks Santa, but the mission continues
news
The U.S. could see 'well over 300,000' COVID deaths by the end of the year, warns Dr. Fauci