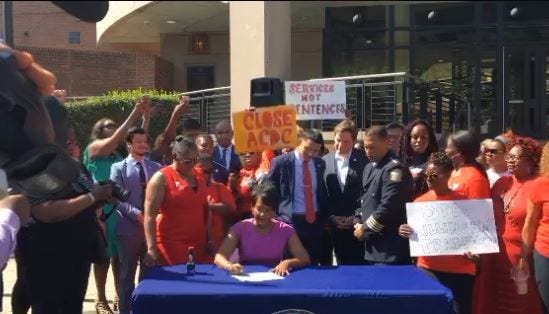 Along with the increasing costs, Mayor Bottoms cited the declining number of inmates when she called for the closure last year.

Bottoms signed the measure this morning, effectively leading to the closure of the facility.

Hours before signing the measure, Bottoms visited the Morning Culture on V103 in Atlanta. She said, "We are getting out of the jail business."

She said that it is a part of her Administration's criminal justice reform efforts. It's something that Mayor Bottoms has been pushing since she took office in 2018.

Future use of the center will be determined by a task force of 25 citizens. Interested members of the community can submit a ACDC Task Force Application Form.