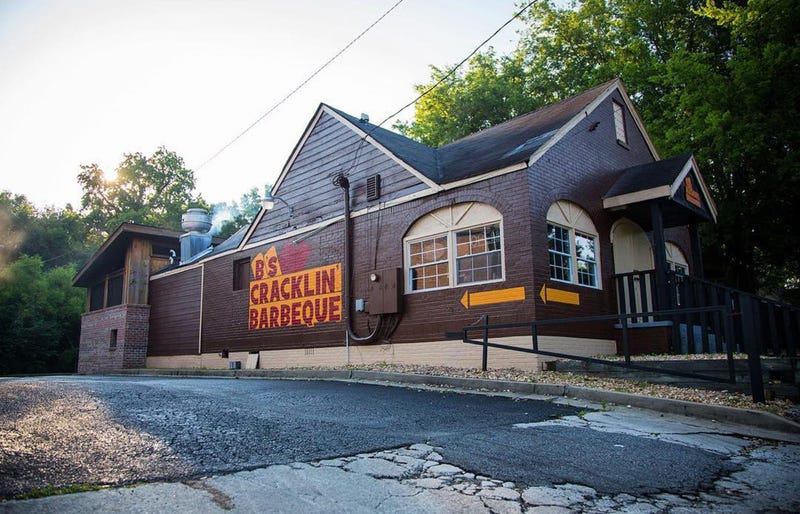 B's Cracklin Barbecue has quickly become one of Atlanta's favorite barbecue restaurants. Located near the corner of Main Street and Bolton Road in the Riverside neighborhood of Atlanta's westside, owner and pitmaster Bryan Furman isn't just locally famous for his smoked brisket, chicken, ribs and pulled pork, but he's also nationally recognized for how he's changing the narrative around what good barbecue is supposed to be and how it should taste. And everyone agrees -- B's is really good.

Unfortunately, fans of B's Cracklin' will either have to catch the location inside State Farm Arena, or make a trip to Savannah, where Furman and his wife Nikki first opened B's Cracklin' several years ago (and where Killer Mike convinced the Furmans to bring B's to Atlanta) before opening his second location in Georgia's capital city. Like the Savannah location, B's Cracklin' Atlanta has suffered major damage due to a fire inside the restaurant. The Atlanta fire occurred overnight on Wednesday, March 6, and soon after Furman announced that the restaurant was closed until further notice.

But B's fans are showing support in the form of massive financial donations, just as they did in Savannah in 2015, when a faulty soda machine caused a blaze that destroyed the first restaurant. At that time, with the help of the community, the Furmans were able to reopen B's Cracklin' in a new Savannah location, and also brought the barbecue show to ATL. Since then, Bryan has become one of the hottest names in the restaurant business, and recently received a nomination for a James Beard Foundation Award for Best Chef Southeast 2019. And dining publication Eater named B's Cracklin' Barbecue the best restaurant in Atlanta in 2017.

A GoFundMe page has been setup by one of the Furmans' neighbors, and it has quickly gone from a goal of $5,000 to $50,000 to help support the staff and employees, who are currently out of work. I reached out to the Furmans to validate the online fundraiser -- and make sure it was something they support being done in their names -- and they confirmed that the money will help.

"We do know her," Nikki Furman said. "She’s a regular customer at our restaurant. She’s a real estate agent in the neighborhood as well. She’s good people. We don’t have a problem with it being shared because we would like the proceeds to go to our staff. We have 35 employees who are in limbo right now as we are trying to figure things out."

In just five days, the GoFundMe page has raised more than $11,000. Click here to check it out, and if you're a fan of B's or just want to help, feel free to donate and/or share the link! Here are some photos of B's Cracklin's food in case you need a little motivation: