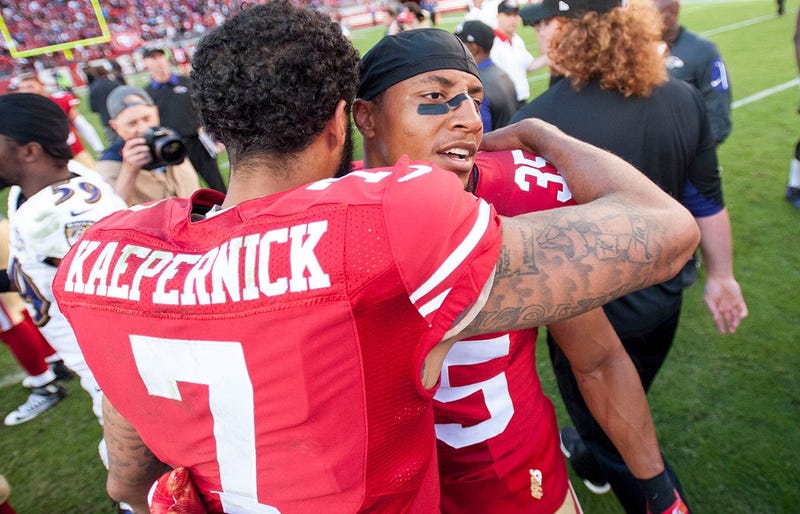 According to Yahoo! Sports and other media outlets, Colin Kaepernick and Eric Reid have settled their lawsuit with the NFL, according to attorney Mark Geragos, who represents Kaepernick, and released the following statement on Twitter.

The settled lawsuit was over whether or not NFL officials and team owners colluded to keep Kaepernick and Reid from playing in the league. Recently Eric Reid recently signed a contract extension for $22 million to play for three years with the Carolina Panthers after being picked up by the team in 2018.

V-103's JR, who delivers JR Sport Brief every weekday morning as part of The Morning Culture with Frank Ski, Jade Novah and JR, said this: "It's surprising to me that the NFL settled instead of dragging out the collusion case. But the question I'm asking right now is how is that settlement money going to be divided? Is some of this going into his pocket? I'm sure some will go into his foundation. But basically, how's it going to be split?"

One thing's certain: You can expect this development to be part of the conversation during The Morning Culture's next show.

Also notable: During the week of Super Bowl 53 in Atlanta, there was a social justice exhibit in the NFL Experience area, inside the Georgia World Congress Center. Inside this exhibit was a interactive touchscreen display that contained an image of Kaepernick, Reid and linebacker Eli Harold kneeling during the National Anthem. V-103’s Big Tigger visited the exhibit. 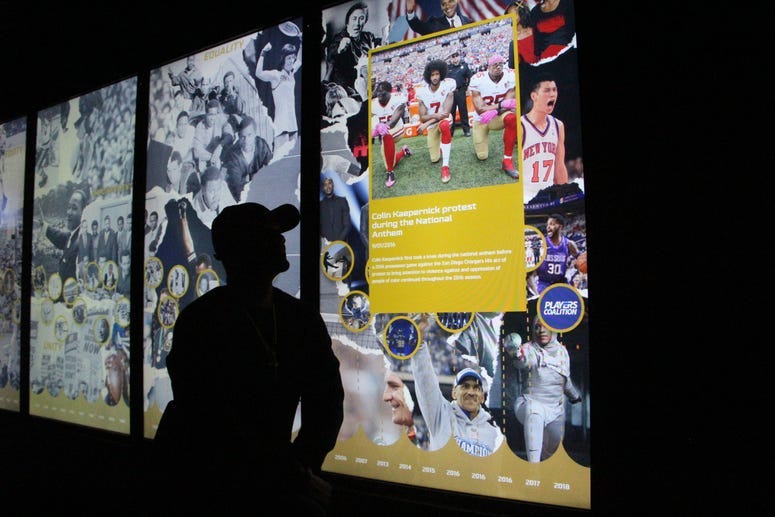 There has been no statement on whether or not this means we could see Colin Kaepernick, a former San Francisco quarterback who played in a Super Bowl, suit up again to play in the NFL. At press time he remains a free agent.

We will update this story with any newsworthy developments.