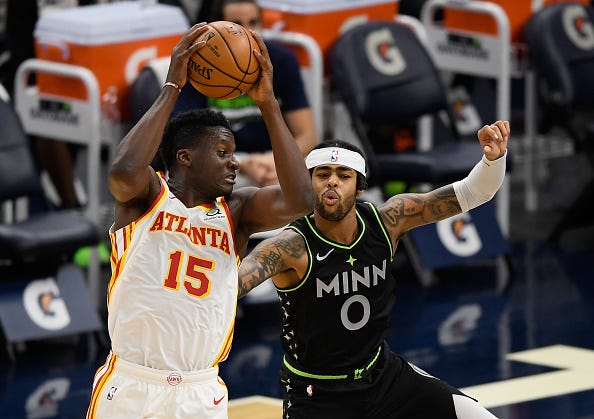 In the Hawks' 116-98 win over the Minnesota Timberwolves on Friday night, Hawks center Clint Capela had another career night as he became only the fourth NBA player to record 10 blocks with no fouls in a game.

Capela also finished with a triple-double with 13 points and 19 rebounds to go along with the 10 blocked shots.

Capela is now the third Hawks player to record 10 blocks in a game, joining Josh Smith and Dikembe Mutombo. He also joins Anthony Davis as the only players to notch 10 blocks in a triple-double performance in the last five seasons.

"It's happened pretty fast," Capela said following the game adding, "I was like, hey why not, just keep doing what you do. Everything that comes by the rim, go challenge it, and that's what I did."

The triple double performance was a career first for Capela.