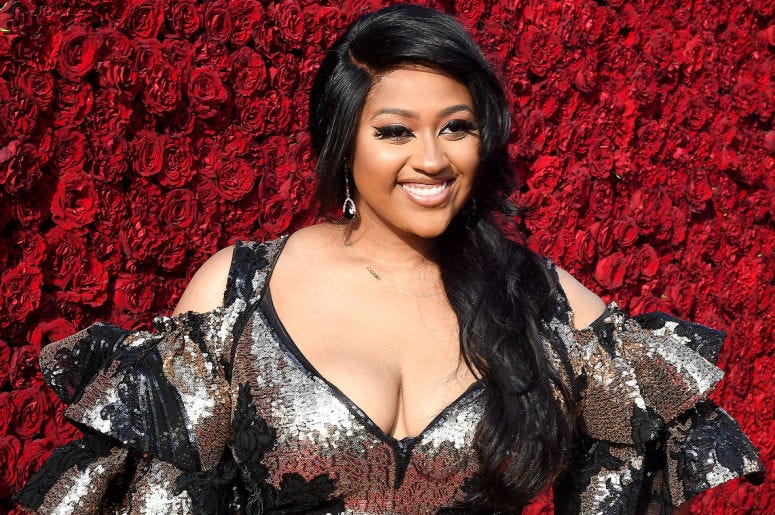 Making waves with her latest project, Heaux Tales, Jazmine Sullivan called in to chat with Big Tigger, Christina “Ms. Basketball” Granville and Tylerchronicles from Atlanta’s V-103 and RADIO.COM to chat about her new EP and the inspiration behind it.

First thing on the agenda though, Christina had to let Jazmine know that she found “every single song” to be relatable. Having hoped for that outcome, Jazmine, pleased by the declaration, made it known, “Im glad… It was suppose to be for the ladies. You know, it’s real life and the things that we going through”

Now 33 years old, Jazmine noted when she started out she was 20 or 21, and since then, she’s “learned a lot.” In fact it was all those lessons that played a roll in the inspiration for her 14-track EP. With that said, both Christina and Tigger were curious if she was she collecting solely from personal experiences or referring to her “group chat” for some influence.

“I mean the stories are based on conversations that I’ve had with my girlfriends,” the singer revealed, “but I relate to all of them. I mean, I’m a grown woman, so like I said, in life you experience a lot of things.”

Jazmine went on to say that throughout gaining those life experiences there were times where she sometimes felt “bad about the things that I had done in my life,” eventually realizing and admitting, “I had to give myself some grace.”

“You live and you learn, you can’t expect to know everything at 20-something that you would know at 33… It’s okay for us to make mistakes, and try and figure s*** out.”

Jazmine sifting through passed experiences for inspiration, ultimately led the album’s focus to be about “today’s women standing in their power and owning who they are,” as she put in the album’s official press release.

Jazmine’s hope is for “women to feel empowered, I want them to love on themselves… and to love on each other.” Now speaking to the women, Jazmine encouraged, “let’s come together, we’ve been through a lot of the same situations, let’s empower each other and ourselves.”

Besides reveling in he success of Heaux Tales, Jazmine will soon be teaming up with Issa Rae to work on a short film that will share the EP’s name. Other than that we don’t know much else about the project, so until then continue listening to the album on repeat and check out Jazmine’s entire interview from the The Morning Culture with Big Tigger above.