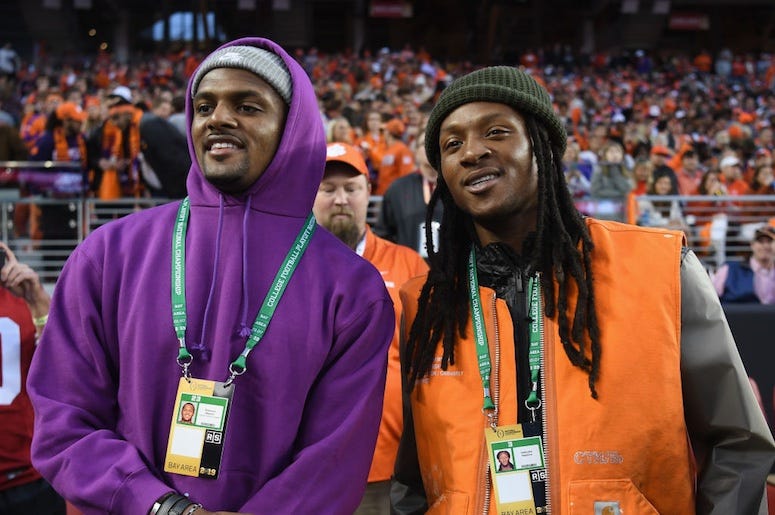 You see them battle it out on the gridiron each week. Now, get ready to see them duke it out on one of the most popular head-to-head platforms.

The NFL and Verzuz announced a partnership called “NFL Pro Bowl VERZUZ presented by Verizon” where some of the league’s biggest stars will be matched up against one another.

From January 26-29 at 8 PM ET, fan will be able to watch on Instagram, Twitter, Facebook, YouTube, and more as NFL superstars duke it out with their best career highlights. The series will be hosted by Deion Sanders and MJ Acosta-Ruiz.

The series, conceived by Swizz Beatz and Timbaland, marks an expansion for the brand that initially focused on music.

“I’m looking forward to seeing the players go head to head with their highlights!” Swizz Beats said in a statement. “These guys are icons just like the artists, let’s give them their flowers.”

Timbaland added, “Verzuz partnering with the NFL made sense for us with culture, sports and music being so aligned.”