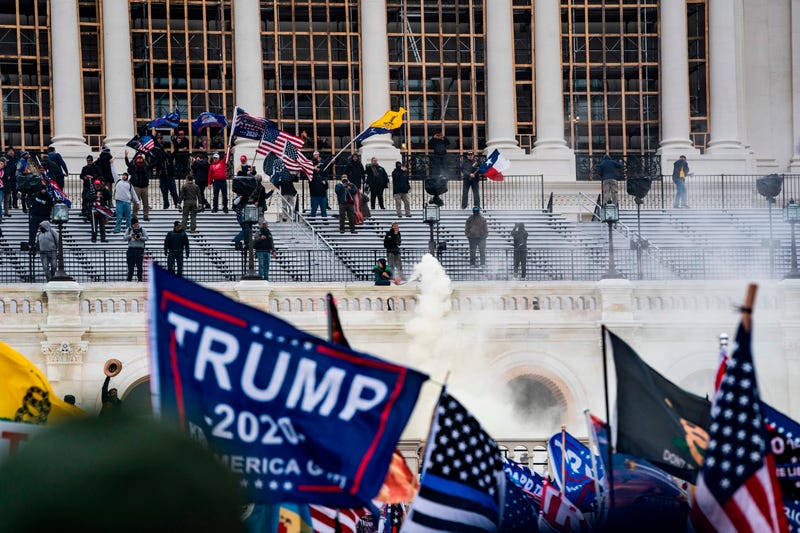 A Georgia man is one of the many people hitting the unemployment line a week after attending the violent riots at the U.S. Capitol.

Dominic Box, 31, a car salesman at Vaden Automotive in Savannah, Georgia, was fired after returning from Washington, D.C. last week.

“Vaden Automotive has separated from Mr. Box. We are no longer affiliated with him in any way and we are not at liberty to discuss employment matters.” Vaden Automotive President Jane Vaden Thacher said in a statement on Monday.

Social media posts from Box and others shows him inside the Capitol building  after it was breached by rioters last Wednesday. His actions are similar to the dozens of people who've been slapped with federal charges of unlawfully entering a federal building after the riots.

Box said he feels no guilt for his involvement at the Capitol. The self-proclaimed “citizen journalist” told the Savannah Morning News that he went there to "show people in Savannah, in real-time, what was going on, without any filter or distortion.”

“I understand the nature of the arena that I'm operating in, people are open and welcome to have their own opinions,” Box said. “But I mean, as a person, I find it unfortunate that we insist we as a society are in a place where we feel comfortable sending death threats to somebody from around the world that we don't even know because of what's perceived as a political difference.”

Five people have died as a result of the riots including U.S. Capitol Police Officer Brian D. Sicknick, who was killed by the group that stormed the Capitol grounds. The FBI is investigating Sicknick's death as a homicide.

In October, "Box was among the Trump supporters that protested a Jill Biden appearance at Savannah State University with some students claiming the Trump supporters chanted “white lives matter.” The protest led to heated exchanges and a student was reportedly struck by a supporter but no arrests were made at that time," according to reports.

Box says he currently living out of a motel and receiving numerous death threats after his involvement at the Capitol.