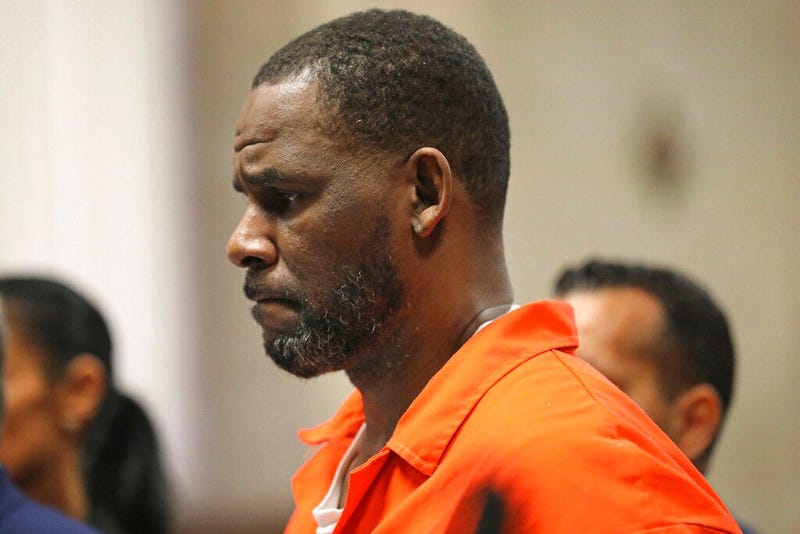 CHICAGO (WBBM NEWSRADIO) -- Three men, two of them from the Chicago area, have been charged with harassing, threatening, and bribing alleged R. Kelly victims.

Criminal complaints were unsealed Wednesday in federal court in Brooklyn charging Michael Williams, Richard Arline Jr., and Donnell Russell in the schemes, according to the U.S. Attorney’s office in Brooklyn.

In one complaint, Michael Williams of Valdosta, Georgia is charged with using and attempting to use intimidation and threats against an alleged victim in the Kelly case, with intent to influence, delay and prevent her testimony in the Kelly case. The complaint also charges Williams with maliciously damaging and destroying a vehicle by means of fire and an explosive.

Prosecutors said Williams set fire to a woman’s car outside of a Florida home where she had been staying.

The complaint states, as alleged, on or about June 11, 2020, Williams, a "relative of an individual who once served as a publicist for Kelly", set fire to an SUV parked outside a residence in Florida where an alleged victim in the Kelly case and others were staying. The vehicle, leased by the victim’s father, was heavily damaged. Fire investigators also detected an accelerant along the outside perimeter of the residence. Cell site records, surveillance footage, toll records and photographs, and Williams’ internet searches for the victim’s address, revealed that Williams had driven from Georgia to the Florida residence. Williams also performed internet queries about the detonation properties of fertilizer and diesel fuel, witness intimidation and witness tampering, and countries that do not have extradition with the United States.

In a second complaint, Richard Arline, of Dolton, is charged with attempted to corruptly persuade the testimony of alleged victim in the Kelly case, identified in the complaint as “Jane Doe,” and engaging in misleading conduct towards the victim, with intent to influence, delay and prevent her testimony in the Kelly case, as well as corruptly offering something of value to the victim, with the intent to influence her testimony as a witness upon a trial, hearing and other proceeding.

The complaint states, as alleged, between January 9, 2020 and June 2020, Arline, Jr., a "self-proclaimed longtime friend of Kelly", attempted to illegally influence the cooperation and testimony of an alleged victim in the Kelly case. Prosecutors said after learning of Arline Jr.’s plan, the victim contacted law enforcement, and under the supervision of law enforcement authorities, continued to communicate with him. During a series of consensually recorded telephone calls, as well as in calls and texts captured pursuant to a judicially authorized wiretap, Arline, Jr. discussed a scheme in which the victim would receive compensation, including a proposed payment of $500,000, to keep her from cooperating with the government.

During one of the recorded telephone calls, Arline, Jr. claimed that he had communicated with Kelly while Kelly was incarcerated via a three-way call with another individual. The intercepted communications also include Arline, Jr. discussing plans to pay the victim “to be quiet,” explaining that “if I had a way to talk to Rob [Kelly>, being next to him, and telling him what’s going on, without nobody listening to, no feds, nobody, he gonna pay her. . . off to be quiet” because “[s>he got too much. She got too much.”

In a third complaint, Donnell Russell, of Chicago, is charged with using the mail, the internet, and cellular telephones to attempt to cause emotional distress to another individual identified in the complaint as “Jane Doe,” an alleged victim in the Kelly case, as well as Jane Doe’s mother, with the intent to harass and intimidate Jane Doe and her mother.

The complaint states, as alleged, between November 2018 and February 2020, Russell, a "self-described manager, advisor and friend of Kelly", used the mail, telephones and the internet to harass and intimidate Jane Doe, an alleged victim in the Kelly case, and her mother after Jane Doe filed a civil lawsuit against R. Kelly. Specifically, Russell threatened to reveal sexually explicit photographs of Jane Doe and to publicly reveal her sexual history if she did not withdraw her lawsuit against Kelly and “cease her participation and association with the organizers” of a “negative campaign” against Kelly.

Prosecutors said, in November 2018, Russell caused a letter with attachments purportedly written by Kelly to be mailed to Jane Doe’s Brooklyn-based lawyer at the time. Theattachments included cropped nude photographs of Jane Doe with the following text: “the next two pictures have been cropped for the sake of not exposing her extremities to the world, yet!!!”

In December 2018, Russell, using his alias “Colon Dunn,” sent a series of text messages to Jane Doe and her mother, which contained the same photographs of Jane Doe, and stating, “Just a sample. We will seek criminal charges. You’ve been warned,” as well as “Publishing soon” and “[T>his is Colon.”

On January 3, 2019, Russell allegedly sent additional text messages to Jane Doe and her mother, stating, “Pull the plug or you will be exposed.” On January 6, 2019, Russell,using the Colon Dunn alias, created a Facebook Page named “Surviving Lies,” a play on the title of Lifetime’s “Surviving R Kelly” documentary, and posted screen shots of text messages between Kelly and Jane Doe, which contained the same sexually explicit photographs of Jane Doe.

In late January 2020, Russell appeared on two live interviews with “vloggers” discussing Kelly’s legal troubles, which were streamed live on the internet via YouTube. Russell again displayed the same sexually explicit photographs of Jane Doe and broadcast them publicly over the internet.

R. Kelly’s lawyer Steve Greenberg said his client had nothing to do with the alleged acts.

The Grammy-award winning musician has been in Chicago’s federal prison for more than a year now, and has denied abusing anyone and has pleaded not guilty to dozens of state and federal sexual misconduct charges in Illinois, Minnesota and New York.