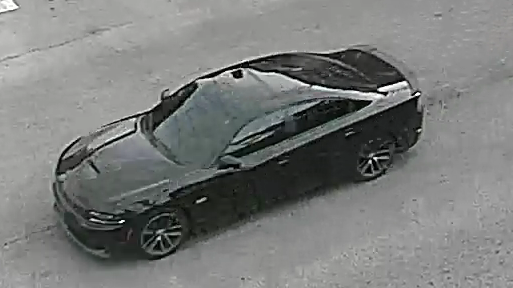 CHICAGO (WBBM NEWSRADIO) -- Chicago police are asking the public for help in locating a vehicle wanted in connection with a fatal shooting that killed an 8-year-old girl and wounded two others Monday in Canaryville on the South Side.

The shooting happened at about 5:55 p.m. at West 47th Street and South Union Avenue, Chicago Police Chief of Operations Brian McDermott said at a news conference Monday night. Four people, including the 8-year-old girl, were at a red light in a Subaru SUV. A newer-model black Dodge Charger was behind the SUV, and when the stoplight turned green, someone in the Charger opened fire, striking the child, as well as a 31-year-old man and a 30-year-old woman who were also in the SUV, police said.

The child was taken to Comer Children’s Hospital with a gunshot wound to the back, where she was pronounced dead at about 6:28 p.m., police said.

The two other gunshot victims were taken to the University of Chicago Medical Center in critical condition, Chicago fire officials said. A 30-year-old woman and a 31-year-old man were both shot in the back. Police believe it was a targeted shooting.

UPDATE: Two adults and one child have been shot. Media staging in the 600 block of W. 47th St.

The girl’s mother was injured after the car the group was in crashed, McDermott said.

The suspected shooters were seen inside the car both before and immediately after the shooting, police said.