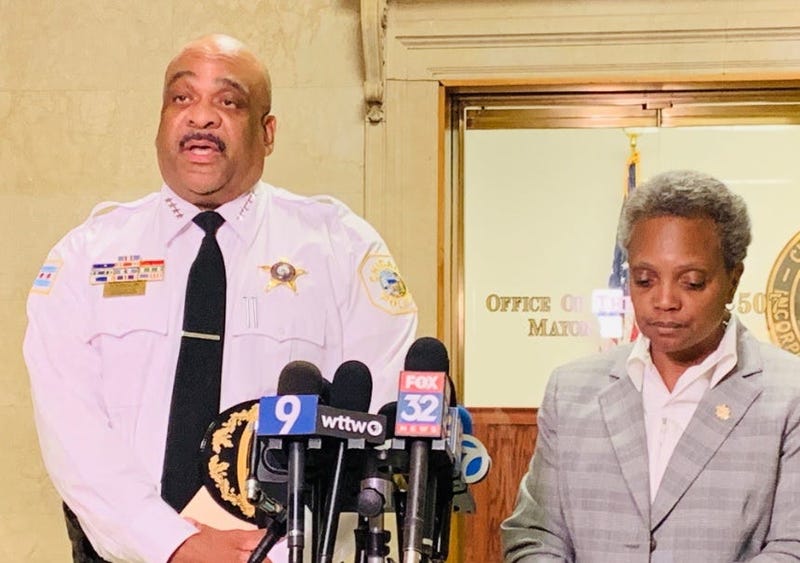 Ald. Emma Mitts, who chairs the City Council’s Committee on Licensing and Consumer Protection, said people in her community knew something wasn’t right when it was reported that Johnson was found passed out in his car in October and allowed to drive home.

But, Mitts continued, the deciding factor was when Johnson allegedly lied to the public—and Lightfoot—about what happened. She said the mayor had no choice.

Lightfoot announced her decision to fire Johnson at a press conference Monday, saying that the ex-top cop engaged in intolerable and unethical behavior surrounding the Oct. 16 incident where he was found asleep in his car. Johnson had planned to retire at the end of this month.

Still, Mitts said she hopes the next permanent police superintendent comes from within the ranks, preferably a black woman.

Ald. Gilbert Villegas, chair of the City Council’s Economic Development Committee, also believed Lightfoot had little choice but to fire Johnson. The inspector general’s report suggested he lied about what was behind him being found asleep behind the wheel of his car and allowed to drive home without a sobriety test.

Villegas, like Mitts and many of his other colleagues, said he believes the next police superintendent should come from within the ranks of the department brass. He said he— or she— probably should be a person of color.