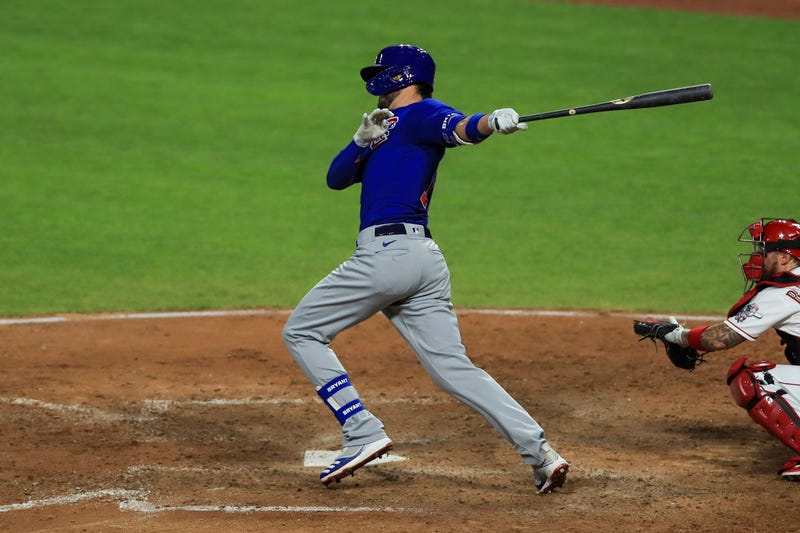 Sonny Gray (2-0) extended his major league record to 35 consecutive starts allowing six hits or less. He gave up only Ian Happ's double and fanned 11 as he pitched into the seventh inning.

With their virus worries behind them, the Reds had their starting lineup on the field for the first time this season.

And they had a cheering section. The grounds crew spread throughout a section behind first base and shook noisemakers brought by first baseman Joey Votto.

Moustakas and Senzel missed the last three games after feeling sick a day after teammate Matt Davidson went on the injured list because he tested positive for the coronavirus. After passing tests, they returned and helped the Reds to their best run total of the season.

Kyle Hendricks (1-1) threw a three-hit shutout against the Brewers in the season opener but couldn't make it through the fifth inning against Cincinnati. Moustakas had a two-run shot  in the fourth, and Hendricks left after Eugenio Suárez's bases-loaded single an inning later.

Castellanos connected for his fifth career grand slam off Rex Brothers, and Senzel added a solo shot in the 27-minute half inning.

The Cubs turned their first triple play in 23 years. With the bases loaded in the eighth, Kris Bryant made a diving grab of Shogo Akiyama's line drive, tagged third base and threw to first, getting runners who left on contact.

Cubs: Bryant was back in the lineup after sitting out a game with a sore left elbow, aggravated on a swing over the weekend. He doubled home two runs in the seventh.

"Something we'll probably have to manage a little bit, just to make sure he's good on a daily basis," manager David Ross said. "That's one of those things that's a part of just about every swing. We've got to make sure it doesn't swell up and get too aggravated."

Cubs: Yu Darvish (0-1) is 3-2 in eight career starts against the Reds with a 3.60 ERA. He gave up six hits and three runs in a loss to the Brewers in his first start.

Reds: Luis Castillo (0-0) is 4-2 in 10 career starts against the Cubs with a 3.56 ERA. In his start against the Tigers on Saturday, he gave up one run and six hits in six innings.