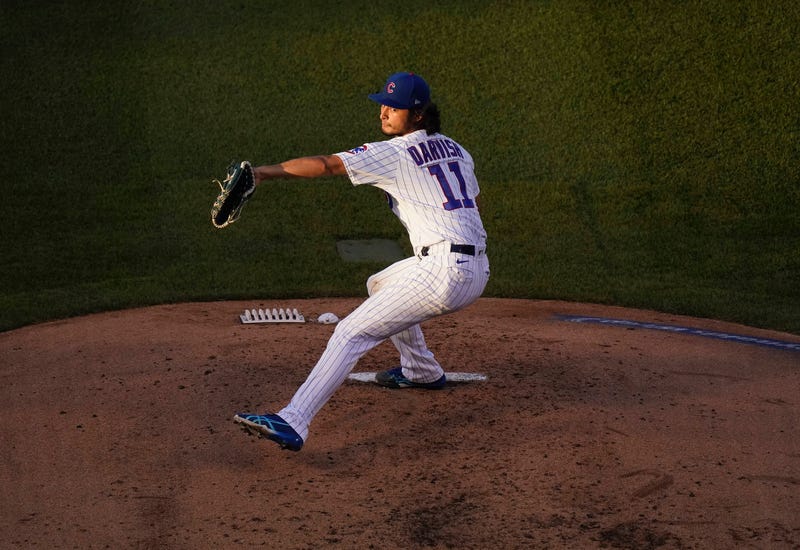 Photo credit Yu Darvish #11 of the Chicago Cubs throws a pitch during the third inning of a game against the Milwaukee Brewers at Wrigley Field on August 13, 2020 in Chicago, Illinois. (Photo by Nuccio DiNuzzo/Getty Images)
By Associated Press

CHICAGO (AP) — Yu Darvish's bid for a no-hitter ended when Justin Smoak homered off the Chicago Cubs pitcher with one out in the seventh inning to put the Milwaukee Brewers on the scoreboard Thursday night at Wrigley Field.

Darvish, who had 11 strikeouts, allowed three baserunners and threw 92 pitches over the first six innings in his third straight dominant start. The 33-year-old right-hander from Japan walked Ben Gamel in the second and Orlando Arcia in the fifth, and hit Christian Yelich with a low pitch in the first.

Darvish signed a $126 million, six-year contract with the Cubs as a free agent in February 2018, but has been hampered by elbow and triceps injuries since coming to Chicago.

Darvish has twice come within one out of a no-hitter, both times with the Texas Rangers.